Alan Tudyk, actor known among other things for ‘Firefly’ and ‘Rogue One: A Star Wars Story’, premieres a new science fiction series on SYFY, the Mystery comedy-drama ‘Resident Alien’, based on the Dark Horse comic book of the same name.

tudyk of life to Harry Vanderspeigle, an alien who comes to Earth to carry out a mission, but after a setback crashes in a small town in Colorado, USA, where he must pose as the local doctor (a la ‘Doctor in Alaska’) without raising suspicions about his true identity. Harry will try to adapt to human behavior despite being totally Martian, while the authorities investigate a crime and a 9-year-old is the only one who can see him with his true appearance. 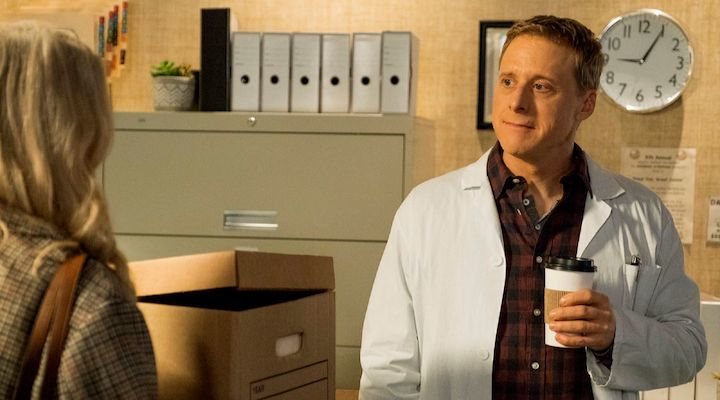 On the occasion of the premiere of ‘Resident Alien’ at SYFY, we have interviewed Tudyk, who has explained, among other things, what playing Harry has taught him about humans, his close relationship with science fiction – and with the fans of ‘Firefly ‘- and his now traditional voice role in Disney’s new animated film’ Stripe and the Last Dragon ‘. But he better tell you.

eCartelera: ‘Resident Alien’ is based on a comic by Dark Horse publisher. How is the series different from the comic? Did you rely on him to play the character or did you prefer to take him your own way?

Alan Tudyk: I started reading the comic after they gave me the role. I realized very early that the series is light years away from the comic, in small details, but also important. For example, the police officer in the comic is a white guy, the typical small town Sheriff, while in the series we have Corey Reynolds playing Sheriff Mike Thompson, who likes to be called ‘Big Black’, and Although everyone is uncomfortable doing it, he insists they do it. It’s a fun version of the village sheriff. Although they are small adjustments, they add to each other in the script to create the world my character inhabits.

eC: At its core, the series is about being different and also about being human. What is the lesson in this regard that you have learned from Harry?

AT: As the season progresses, Harry’s costume, his human body, begins to affect him and he begins to feel emotions and see things literally through the eyes of a human. He is especially drawn to the connections that people make and begins to feel the need to feel that connection with other humans. At first he thinks what they have taught him, that this is a weakness of humans, that it is the cause of problems, but he soon discovers that in reality that is his strength, and that is why he sets out to find it for himself. And I think that’s true, especially these days when we can see that connection or consideration is the only way forward. The more different we see ourselves as from others, the further we will be from happiness, peace, and satisfaction. 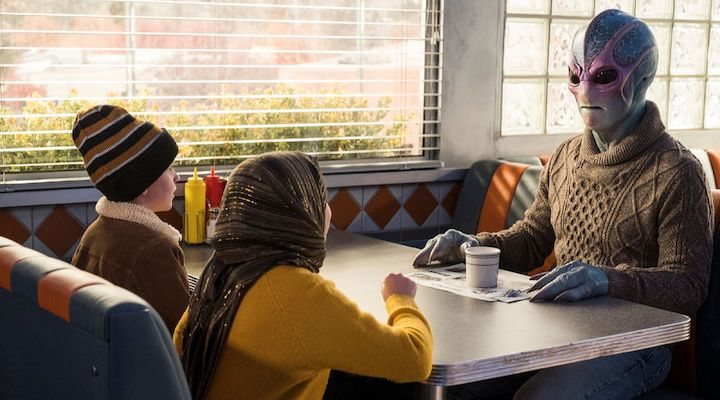 eC: In relation to that evolution of Harry, at the beginning of the series, he is more serious, robotic and inexpressive, and then he is unleashed little by little. Was it difficult to shape the character?

AT: It was a fun challenge. I have played two robots. One was a long time ago in ‘Me, Robot’, and then to K-2SO in ‘Rogue One: A Star Wars Story’. And they both helped me with this character. To play these characters, I had to move in a specific ergonomic way, since they were created through digital motion capture. They recorded my movements for the character and I had to move like a machine would move, so that it was coherent and used as little energy as possible. And that’s just what Harry does. He handles his human body almost like a puppet, he moves it from the inside like a machine. He’s used to having very long legs, four arms, and being very tall, so he has to learn to handle a lower center of gravity and only have two arms. Finding your balance takes time. And the same goes for language. While learning English, you must also learn the physiology of the mouth and its movements to create sounds. So I approached it from that technical point of view and we ended up creating what you see on the show as Harry.

eC: ‘Firefly’, ‘Star Wars’, and now ‘Resident Alien’. As an actor, you have a very close relationship with science fiction. Why do you think that genre is so good for you?

AT: I love science fiction. He tends to risk a lot, which makes for great dramas. It requires realism, but as it tends to have very big conflicts – life or death, the end of the universe, or as in ‘The Avengers’, wiping out half the population of the universe with a snap – it lends itself to theatrical interpretation. I started my career in theater, which is why it attracts me and why I have enjoyed so much of the science fiction things that I have done so far in my career.

eC: Going back to ‘Resident Alien’, the character of Asta (Sara Tomko) utters a very interesting phrase in the pilot: “This town looks like a slice of classic America, but it has something hidden underneath.”. Is that one of the themes of the series, the darkness under the facade of the postcard American peoples?

AT: Yes, as with everything. We see things in one way and the more you cross the surface and get to know them, the more you become familiar with all its aspects, be it a people or the specific personality of a person. The native community of Patience [la localidad donde transcurre la serie] he’s facing murder, so there’s definitely something going on. Something always happens, no matter how nice the place seems. Harry learns everything about humans, the good and the bad. 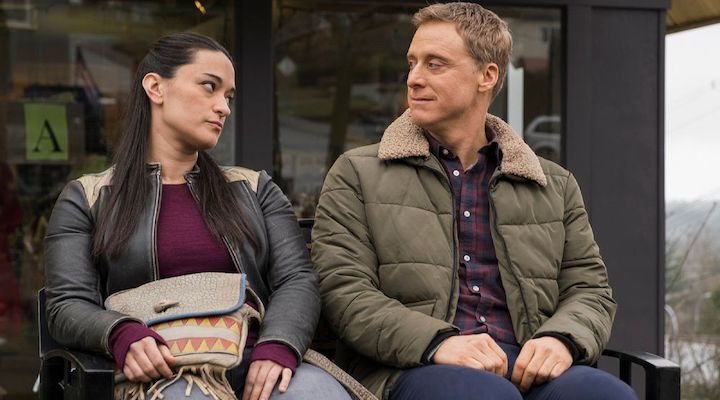 eC: When have you personally felt the most like an alien?

AT: When I went to live in New York in 1992, every day I was afraid of being killed. I came from Texas and the reputation of New York was of a place where you were robbed every day. The first time I went to town to audition for Juilliard [prestigiosa academia de artes escénicas]After spending the whole day doing tests, I asked one of the teachers who had to decide whether or not to accept me in the school, ‘There is an ATM across the street, if I take money out there, will they rob me?’. And he laughed in my face. It was one of the most important streets on the Upper West Side, so it was highly unlikely that would happen. There are definitely dangerous places in Manhattan, but that wasn’t one of them. But everything in Manhattan made me feel like I was on another planet. I had never seen a Hasidic Jew, only in Mel Brooks movies, so many languages ​​being spoken at once, the subway … it was a completely different way of doing everything and I definitely felt like a fish out of water. I spent a lot of time scared, but also excited. It was an exciting time.

eC: Changing the subject, it can be said that you are a lucky charm for Disney. You’ve been giving a voice in all his films for years and of course you’re also in the cast of ‘Raya and the Last Dragon’. What can you tell me about the movie?

AT: I can tell you that I play a kind of insect. We call them “roly poly” or “pill bug” in Texas [cochinillas]. They roll into a ball when scared. I start out as Raya’s little chaperone, barely as big as a baseball, and as she gets older, so does he, and he gets huge, so she puts a saddle on him and rides him. I had to make my voice first like a small bug, very high-pitched – it doesn’t speak, it just makes sounds – and when it gets older, it gets deeper. [reproduce los gruñidos al teléfono]. In the end, it was like making two characters in one and it posed a fun new challenge for me. And as for the movie, it has the most impressive animation I have seen from Disney, some parts seem real. When I saw it I had to remind myself that they are only ones and zeros, it is animation, it is not a real image, but they have become so good that it is incredible. 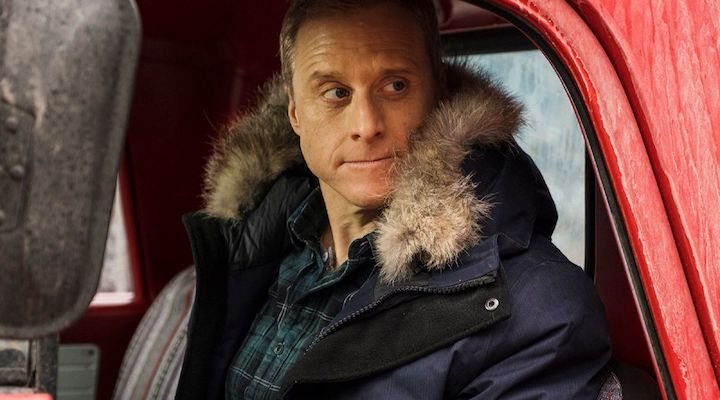 eC: Finally, let’s talk about ‘Firefly’. It is one of the most beloved projects you have participated in. Do they keep stopping you to talk about Wash? Maybe now not so much with the pandemic, but can you tell me how your relationship with the fans is currently?

AT: I have the closest relationship with the fans of ‘Firefly’, more even than of ‘Star Wars’, which surprises me quite a bit. I’m looking forward to things getting back to normal and to being able to return to Comic-Con to meet the fans of ‘Resident Alien’. I think it’s a perfect series for those who consider themselves nerds, but it’s also going to reach more people and attract them to the world of science fiction. People sometimes tell me “I’m not a fan of science fiction, but I like this series”. With ‘Firefly’ it happened the same.

Conventions are where you measure impact, where you meet the fans. That is the best they have, that they are a structured atmosphere to get to know them. Sometimes you meet them on the street, but you may not have time, it depends on what you are doing, or at a premiere, where you meet ten people because you have to get to the premiere. But when you go to a convention, that’s all you do. And I’ve met more ‘Firefly’ fans than anything else, so many years later. More people want to know me from ‘Firefly’ than from ‘Star Wars’, Disney movies, DC, ‘Harley Quinn’ or ‘Doom Patrol’.

‘Resident Alien’ se emite every Monday at 10:00 p.m. with new chapters on SYFY. After each broadcast, the episodes will be available on demand on all carriers.

Many Thanks To The following Website For This Valuable Content.
Alan Tudyk: “People tell me ‘I’m not a fan of science fiction, but I like’ Resident Alien ‘”