Hollywood is no stranger to competing projects that are each racing to be first or to be the definitive story, be it two Fyre Fest documentaries, two biopics about Steve Jobs or two different “Jungle Books.” But the number of projects surrounding GameStop and the investors on Reddit’s WallStreetBets is unheard of.

TheWrap counts a whopping eight different projects all announced within the last few weeks that aim to focus on how GameStop, labeled a “meme stock” by independent online traders, surged by 1500% in market share before the price came crashing down again. Those come in the form of narrative feature films as well as documentary features and series that all want to cash in on the story of the traders who really did manage to cash in.

It’s no wonder there’s so much interest; the story is a good one. Individual, amateur investors found an opportunity when they noticed that major hedge funds were attempting to short the stock price for the gaming retail company, leading people on WallStreetBets to coordinate in an effort to buy up stock and drive up the price. Wall Street hedge funds who had bet against the stock subsequently went into a panic, and the “short squeeze movement” was born.

Here though are the projects that will each try to find their own angle to the story:

Ben Mezrich, the author of “The Accidental Billionaires” about the founding of Facebook, made a book proposal called “The Antisocial Network,” and the film rights to the proposal were swiftly swooped up by MGM. Oscar-nominee Aaron Ryder will produce the narrative feature film about Mezrich’s unwritten story. Tyler and Cameron Winklevoss are also attached to executive produce the film.

Though there’s no writer involved just yet, the founder of the subreddit WallStreetBets Jaime Rogozinski sold his life rights to Brett Ratner’s RatPac Entertainment in exchange for a payment in the low six-figures, The Wall Street Journal reported earlier this month. The idea is to dramatize Rogozinski’s own role in the GameStop saga, and the company and Rogozinski are meeting with writers to pen the script.

Netflix has two projects in the works about GameStop. The first is a narrative feature that will star “To All The Boys I’ve Loved Before” actor Noah Centineo and will be written by “The Hurt Locker” screenwriter Mark Boal. Makeready founder and CEO Brad Weston is producing the film that will focus on how social media has leveled the playing field for independent investors.

HBO landed its own scripted film about GameStop that will be produced by Jason Blum and “Billions” co-creator Andrew Ross Sorkin, and former HBO Films president Len Amato is also executive producing. The project is already in development, and it even has a logline: How a populist uprising of social media day traders beat Wall Street at their own game turning the stock market upside down and shaking the financial world to its core.

Documentary from XTR and Optimist

Chris Temple and Zach Ingrasci, who are part of the filmmaker collective called Optimist and are behind the documentary “Five Years North,” are working on their own untitled documentary about GameStop and are already conducting interviews with some of the movement’s key players. The documentary was in part funded by Kickstarter, and it is executive produced by the documentary studio XTR, which is behind films like “You Cannot Kill David Arquette.”

Jonah Tulis, the director of the video game documentary “Console Wars” from last year, will direct another feature documentary about GameStop, this one produced by Submarine and Dan Braun, Ben Braun, Matt Burke and Josh Braun for the company. The film is also in production and talked to one investor who lost their job during the pandemic and risked everything by putting her life savings into investments she made after seeing them on WallStreetBets.

Also Read: Robinhood’s Super Bowl Ad Gets Skewered: ‘BOO the S– out of This Commercial’ 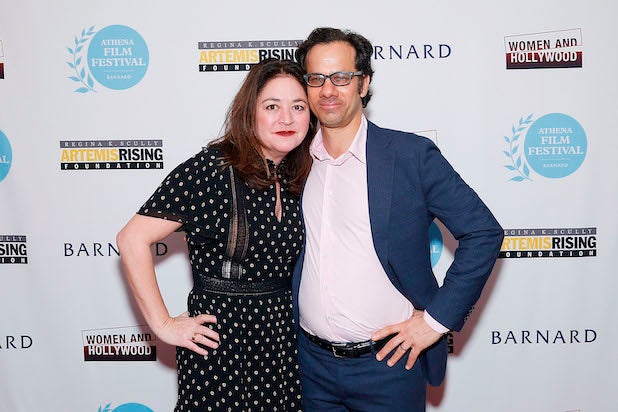 Netflix’s other project is a documentary series, still untitled, but this one will be produced by Dan Cogan (“Icarus”) and Liz Garbus (“What Happened, Miss Simone?”). The series is already in production and will also focus on the gamification of stock trading.

“This Is Not Financial Advice”

The Wall Street Journal and Propagate Content are producing the documentary film “This Is Not Financial Advice” that is being directed by Hannah Olson (“Baby God”). The film began production this month and is filming now, but the movie goes beyond simply GameStop and looks at how digital and social investment communities have created a new class of investor and millionaires.