Disney and 20th Century Studios’ latest blockbuster, “Free Guy,” continues to kick butt at China’s box office as the sci-fi action flick grossed about 213.2 million yuan ($33 million), scoring the No.1 spot over the past week (August 30–September 5), according to online movie-ticketing platform Maoyan.

The well-received and well-reviewed comedy follows a bank teller named Guy who discovers he is a non-player character in an open-world video game “Free City” and decides to become the hero of his own story.

The video game-based fantasy, starring Ryan Reynolds as the titular role, hit the cinemas nationwide on August 27, earning a 10-day total of $56.6 million. Numerous Chinese moviegoers flocked to the game world in IMAX, scoring the highest IMAX opening weekend indexing in the China market for a new release film in 2021.

A still of Ryan Reynolds in a scene from “Free Guy.” /CFP

A still of Ryan Reynolds in a scene from “Free Guy.” /CFP

Coming in second with about 78.7 million yuan in ticket sales was “Raging Fire,” the final directorial effort by Benny Chan, one of Hong Kong’s leading action directors, before his death last August.

Another sci-fi title, “The Tomorrow War,” opened in third place, raking in 52.8 million yuan during its debut weekend. The movie made a theatrical release in China on September 3, two months after premiering on Amazon Prime Video for most of the rest of the world. 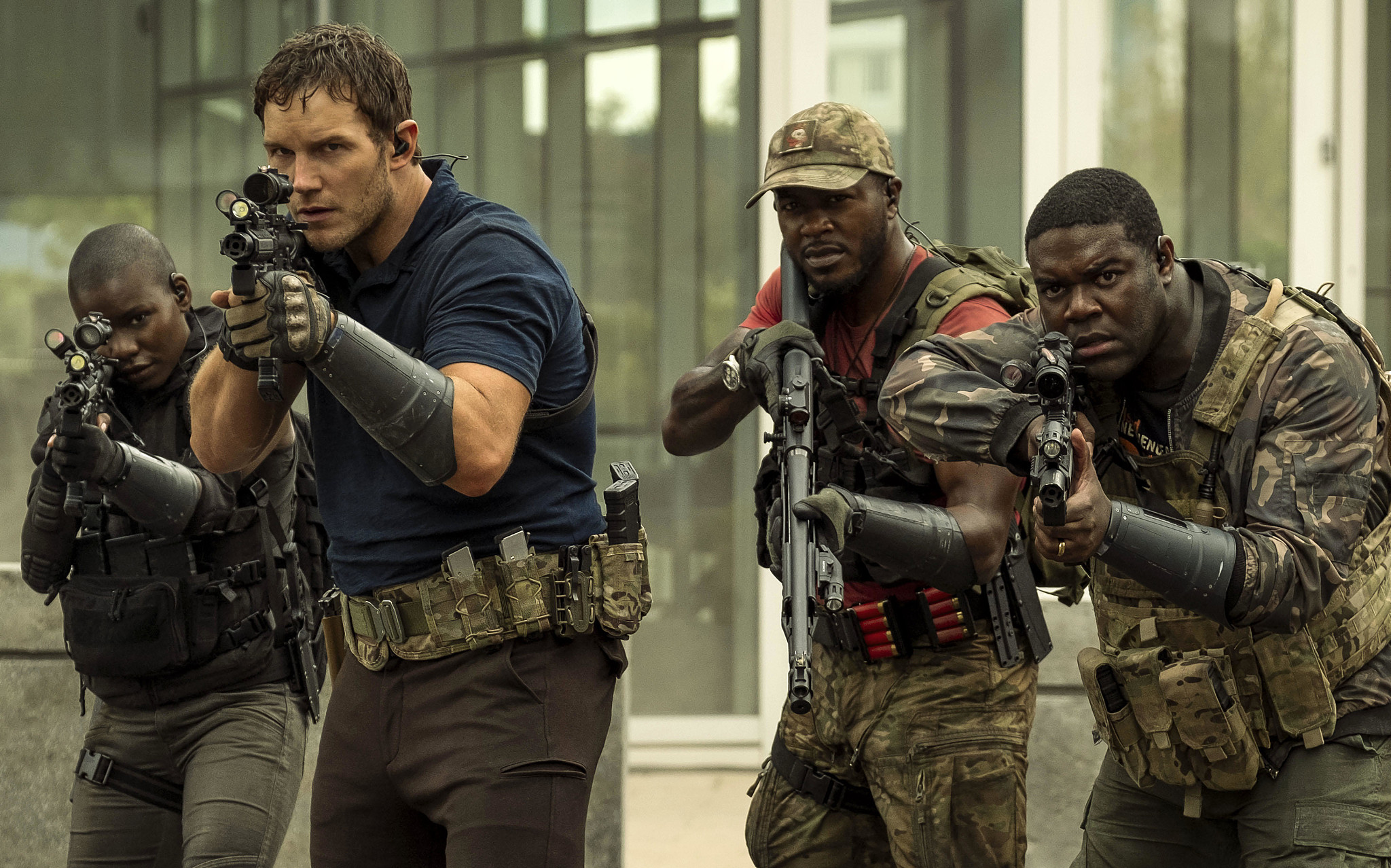 A still from the film “The Tomorrow War.” /CFP

A still from the film “The Tomorrow War.” /CFP

The military action picture, starring Chris Pratt, depicts a time-travel story about a mix of present-day soldiers and civilians sent into the future to fight an alien army.

It was followed by animated features “Luca” and “White Snake 2: The Tribulation of the Green Snake,” ranking fourth and fifth with 15.4 million yuan and 14.2 million yuan, respectively. 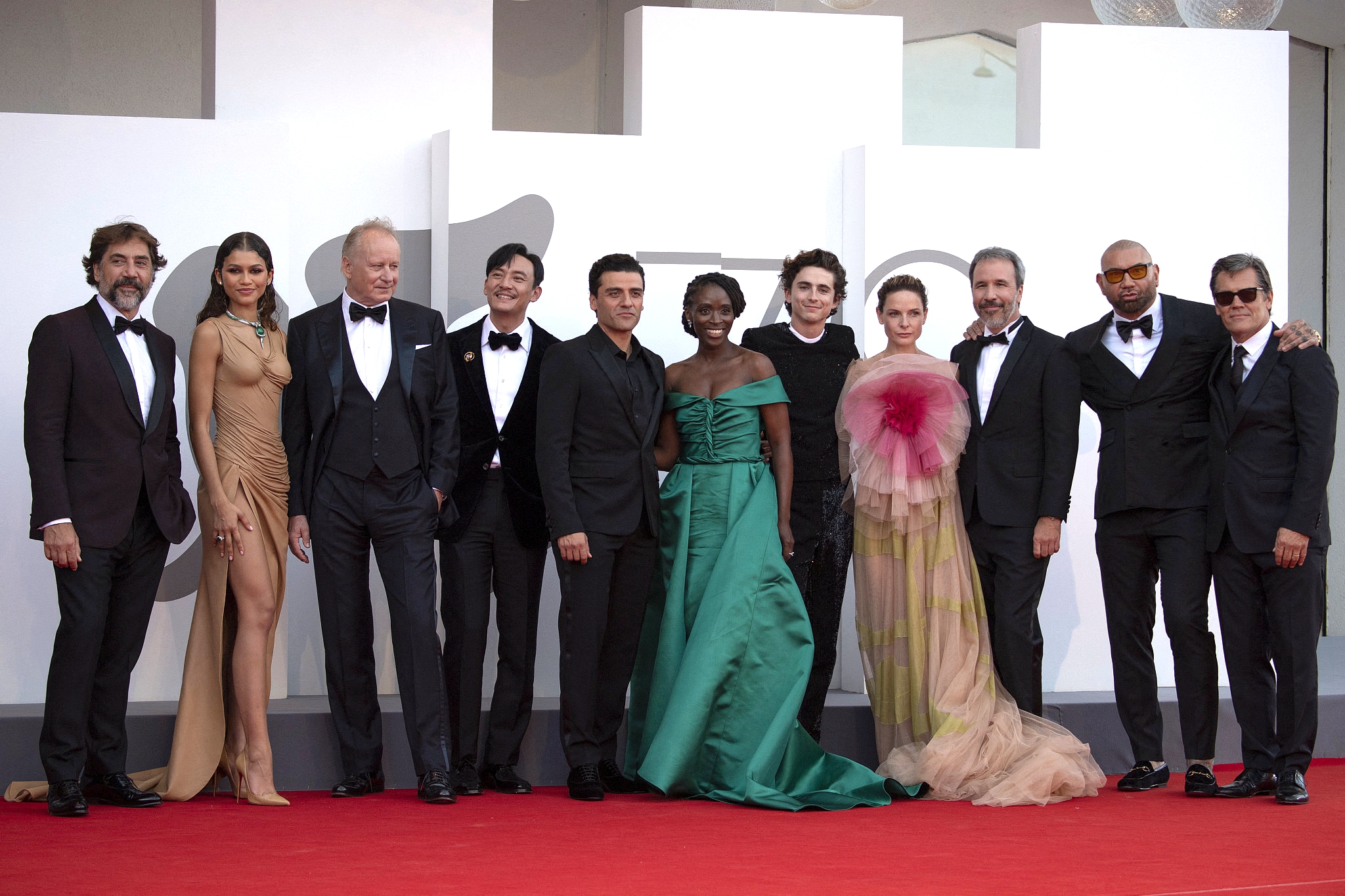 The cast of “Dune” attends the Dune Premiere as part of the 78th Venice International Film Festival in Venice, Italy, September 3, 2021. /CFP

The cast of “Dune” attends the Dune Premiere as part of the 78th Venice International Film Festival in Venice, Italy, September 3, 2021. /CFP

As the latest wave is brought under control, an increasing number of new titles are being scheduled to open nationwide for the Mid-Autumn Festival holiday (September 19 to 21) and National Day holiday in upcoming weeks.

Among them are some highly-anticipated domestic titles, such as disaster film “Cloudy Mountain,” set to open on September 17; award-winning director Jia Zhangke’s well-reviewed documentary ” Swimming Out Till the Sea Turns Blue” on September 19, and all-star, war epic “The Battle at Lake Changjin” on September 30, which was initially set for an August 12 release.

Chinese cinephiles can also expect more Hollywood hits during the remainder of the year, including the epic sci-fi film “Dune,” helmed by Denis Villeneuve and starring Timothée Chalamet.

The film opened at the 78th Venice International Film Festival on September 3. It was announced earlier that it would hit cinemas across the Chinese mainland this year, but no release date has been set.