The young performer who became known worldwide for his role in the new ‘Star Trek’ movies and his work on good independent films, was found dead on June 16, 2016 after the parking brake on his vehicle failed and smothered him against a brick pillar as Anton Yelchin was about to enter his house.

This weekend a statue in his honor was uncovered next to the actor’s grave at the Hollywood Forever Cemetery, and for the tribute, different personalities from the industry and former Yelchin colleagues such as Zoe Saldana, Simon Pegg, JJ Abrams, Jon Voight and Jennifer Lawrence have approached. Below we can see some images of the event that photographer David Livingston has uploaded to Getty Images. 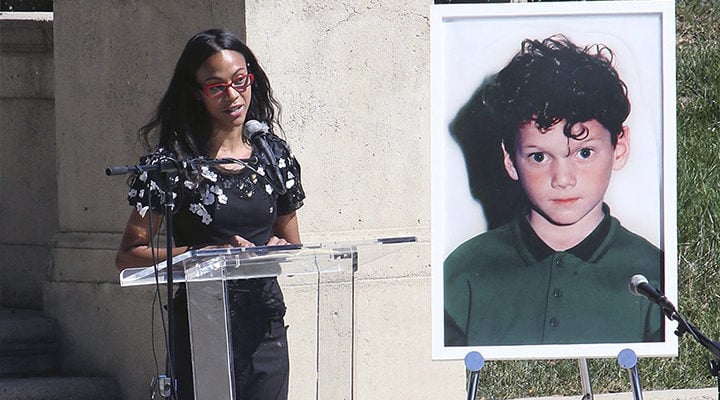 During the inauguration, Zoe Saldana, some friends and Yelchin’s parents gave long speeches in his honor while showing photographs of the actor in different stages of his life. In Hollywood Forever you could also see a mural of the actor created by some fans at the ‘Star Trek’ convention. The bronze statue honoring Yelchin has been created by sculptor Nick Marra and FX artist Greg Nicotero and can be visited by anyone who wants to. 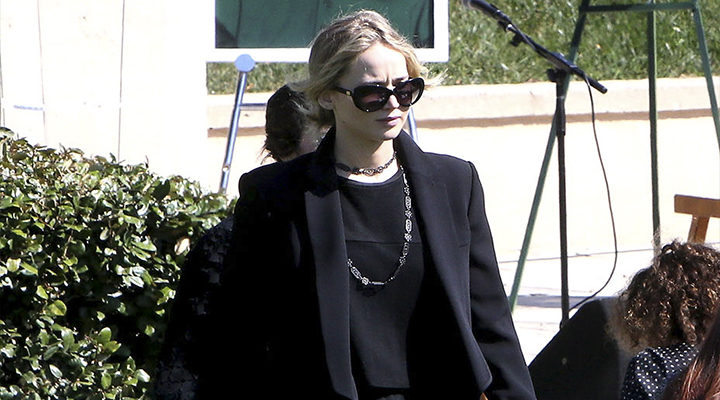 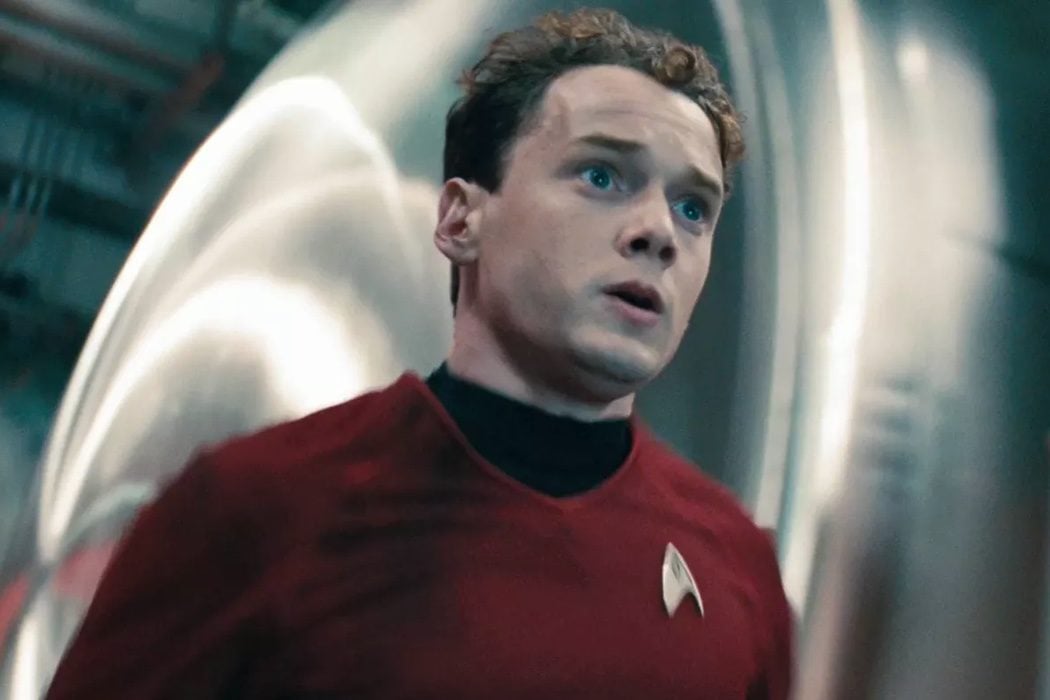 The loss of Anton Yelchin has been a serious blow to the film industry. At 27 he had managed to build a powerful film career. Among his next projects, was the premiere of ‘Star Trek: Beyond’. Yelchin would get back into the shoes of Pavel Chekov in this third installment. Filming began on June 25, 2015, ending on October 15. The premiere of the film will be on August 5.

Let us remember that Pavel Chekov was one of the mythical characters of ‘Star Trek’. It was originally played by Walter Koening, with Yelchin we brought back such a beloved character. Chekov is a Russian officer with a heavy accent, he joined the Enterprise under the command of James T. Kirk. His job was that of a navigator, although on occasion he has helped Spock with some tasks. Without a doubt, he is one of the most important members of the ship Enterprise. We do not know what the future of the character will be, since a fourth film was expected. Will they replace Yelchin or will his character disappear?

Star Trek: Beyond in eCartelera 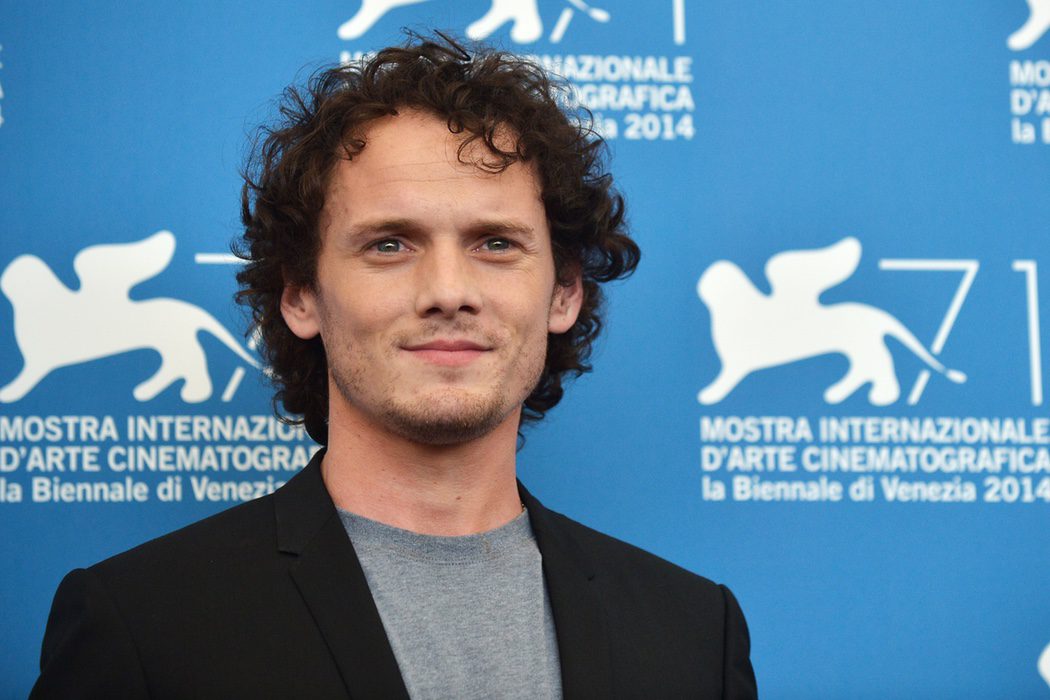 Another project that will see the light after the sad death of Anton Yelchin will be the family drama ‘We Don’t Belong Here’. Although it still does not have a release date, the filming and production took place in 2014. The filming was on July 7, 2014, ending that same month on the 24th. Anton Yelchin was one of the protagonists, Maxwell Green, the main axis of the film.

‘We Don’t Belong Here’ showed us how Nancy Green, matriarch of a totally dysfunctional family, has to deal with everyday problems with her children. The problem will really come when one of them, Maxwell, disappears and has to establish new limits after the tragic event. The film is directed and written by Peer Pedersen, also starring Catherine Keener, Kaitlyn Dever, Riley Keough, and Annie Starke. 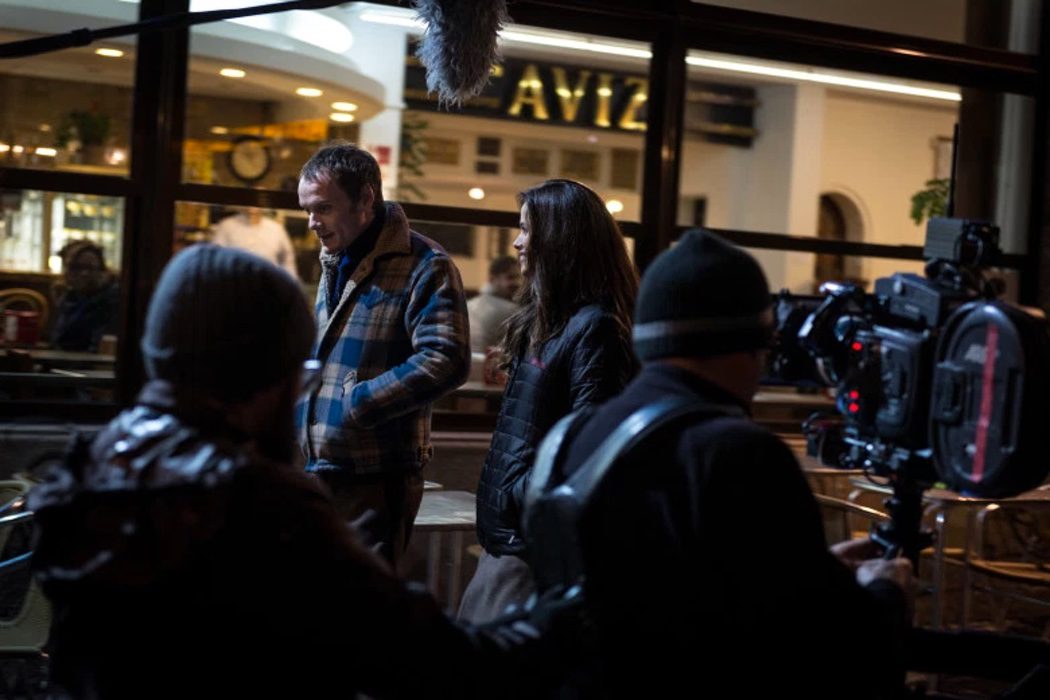 Anton Yelchin filmed ‘Porto’ with Lucie Lucas, under the direction of Gabe Klinger. The actor moved to the Portuguese city to record a powerful and torrid romance. The production was in charge of the United States and France. Production started in April 2015, under the name ‘Porto, Mon Amour’, finally removing the French part as being too obvious.

The story centers on two strangers who will meet in Porto, a city in the north of Portugal. Mati Vargnier, French, will live an intense night from a different perspective with Jake Kleeman, a very seductive American. Both will discover the magic of the Portuguese night, also making an introspective journey that will help them change their vision of life. ‘Porto’ has no release date yet. 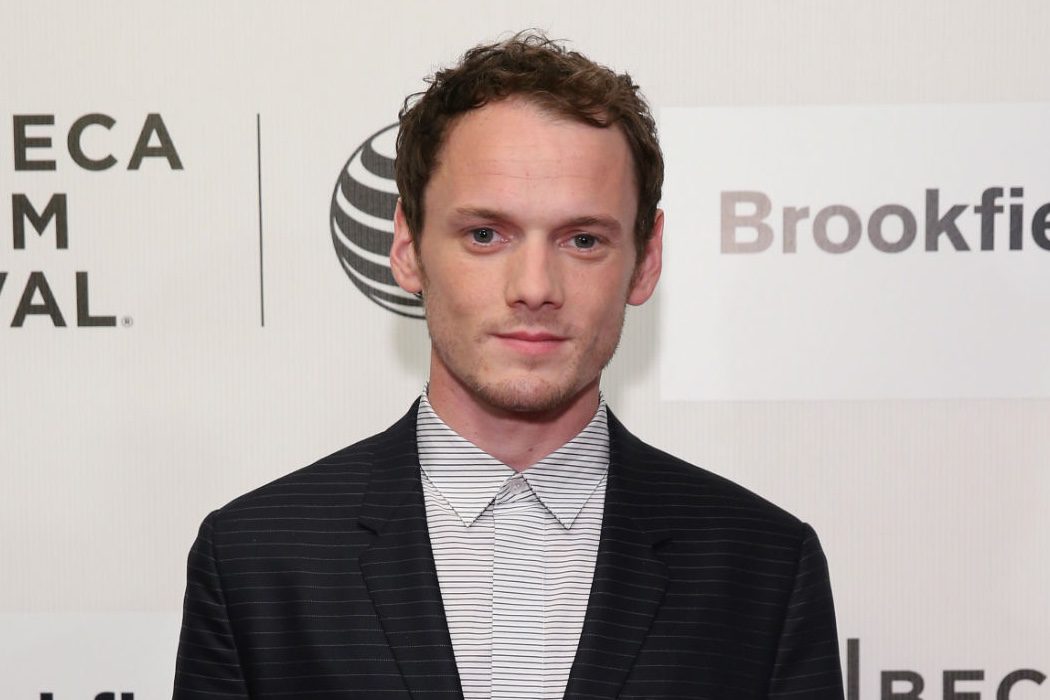 Throughout his film career, Anton Yelchin has proven to be quite chameleonic, being able to make sci-fi movies as heartbreaking dramas. ‘Thoroughbred’ will arrive in 2017, having just finished filming. It is the film debut of Cory Finley, who in addition to having Yelchin also has in its main cast Olivia Cooke and Anya Taylor-Joy. It has not yet been established when the release date will be.

The film will show us the lives of two young people living in the suburbs of Connecticut, who will reconnect after years apart. During their reconciliation they will find out how things have changed for them and how they can change their future. The solution will be one of the most complicated situations they have ever experienced: carry out a murder. 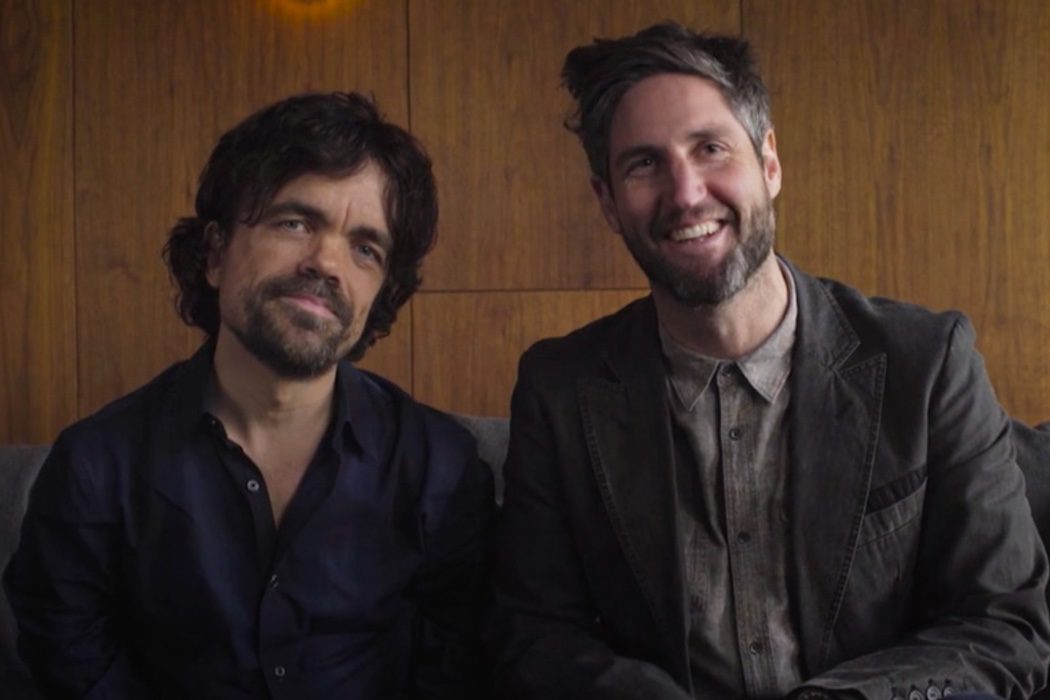 Mark Palansky directs and co-writes with Mike Vukadinovich one of the works that will be released posthumously for Anton Yelchin, ‘Rememory’. The actor worked alongside Peter Dinklage, Julia Ormond and Henry Ian Cusick in this sci-fi drama. Filming took place in Vancouver, last January. Like other of his films, this one does not yet have an official release date, but some images of the film have already been seen.

Anton Yelchin was going to play the role of Todd, one of the protagonists. The story will focus on the widow of a learned professor. Trying to fight with her pain, she will find an invention of her dead husband that is capable of recording and reproducing people’s memory. In this way, the woman will try to keep her husband alive in some way, even if only in an illusory way. The premiere is expected by the end of 2016, still at the expense of what the production company says. 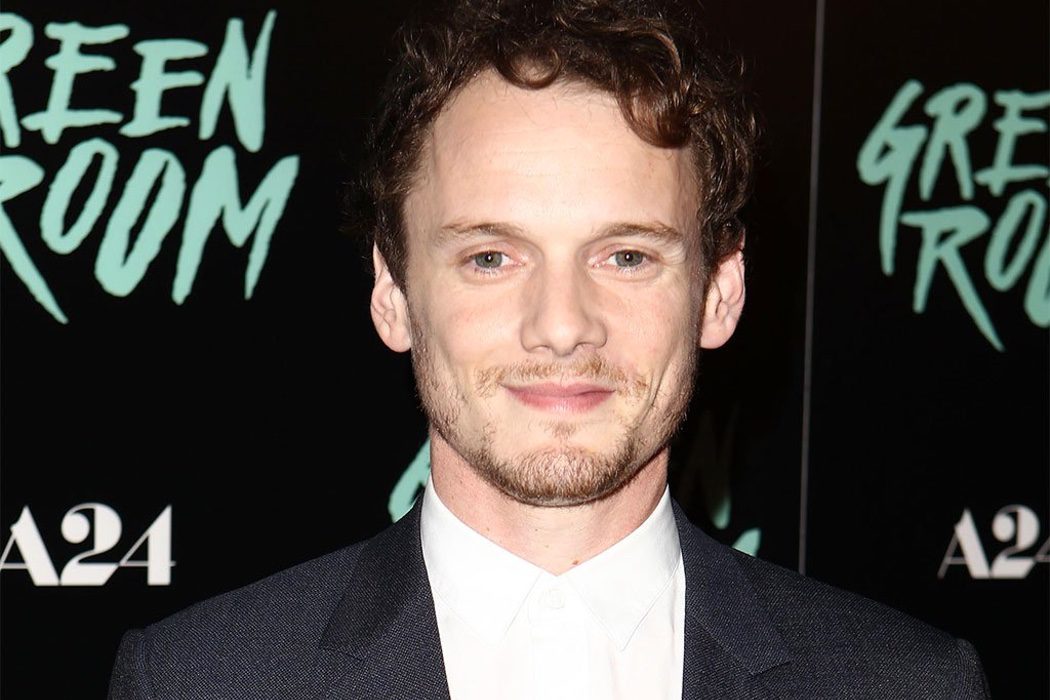 Anton Yelchin had planned to return to the small screen and with a project that touches him very closely: ‘Mr. Mercedes’. The reason? This new television fiction will be based on a crime novel by Stephen King, published in 2014. Along with Brendan Gleeson, Yelchin was to be one of the main characters in the series. The reason why this project was very close to the actor is that Yelchin already worked on an adaptation of Stephen King with ‘Hearts in Atlantis’, one of his first roles and one of the most important. After his fateful death, even the writer has been mentioned about the tragic event.

‘Mr. Mercedes’ will focus on a murderer who taunts a retired detective, through letters and e-mails. The retired detective will start an investigation to find the criminal. Little by little the pieces will fit together and soon a personal war will begin to prevent the murderer from attacking again. Anton Yelchin would have played Brady Hartsfield, a mentally deranged man who drives an ice cream truck, while Brendan Gleeson will play Bill Hodges. At the moment, it has not been revealed what will happen to this project. 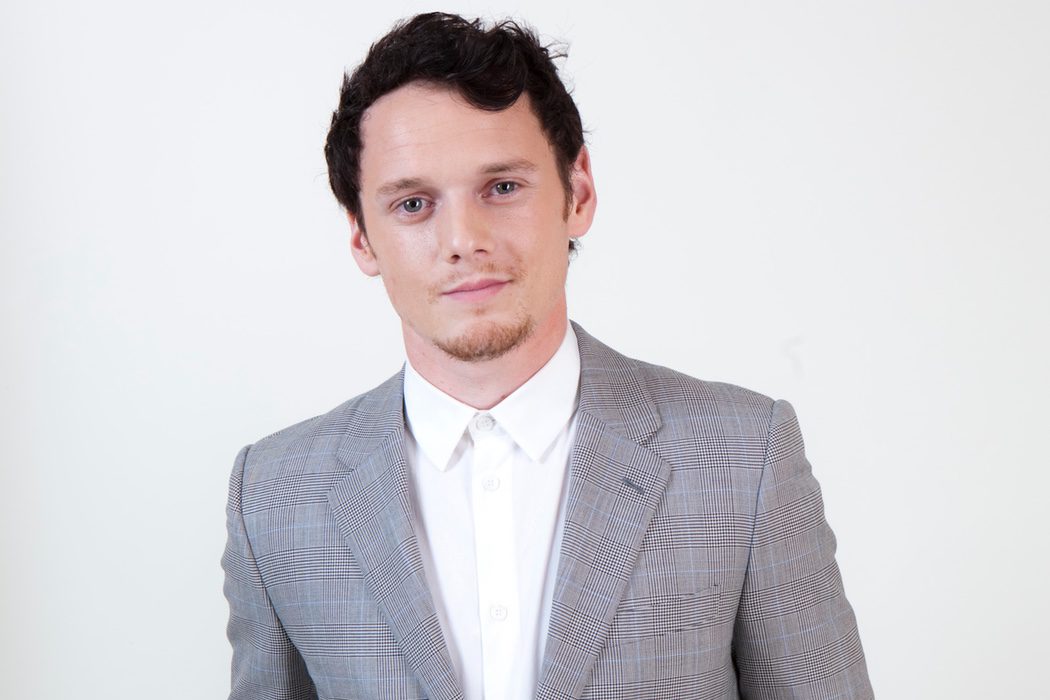 Very recently it was announced that Guillermo del Toro revealed who would be the lucky ones to be part of his next project for Netflix: ‘Trollhunters’. The animated series would be a co-production between DreamWorks Animation and Netflix, after ‘Voltron: Legendary Defender’. The director revealed that Anton Yelchin was one of those chosen, along with Ron Perlman and Kelsey Grammer, to voice their characters. Finally, I do not know what the future of the series will be, but after the tragic news, they will surely have to find a solution to this sad situation.

Anton Yelchin was going to be in charge of voicing teenage Jim. The series was to be based on Del Toro’s own novel, in which Jim Sturges, a young teenager, discovers a mystical amulet. Finally, Jim will discover an underground city with Tub, his best friend, where they will meet the Trolls. The problem will arise when they realize that they are in a violent war with each other. At the moment, it is not known when the release date will be, this being Yelchin’s last announced project before his sad death. 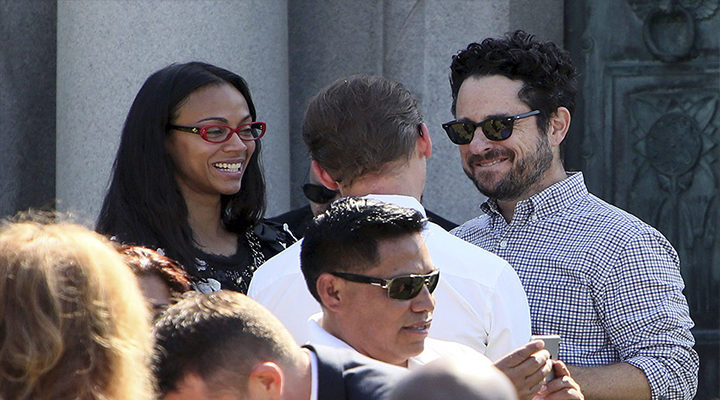 As with all the interpreters who leave us before their time, there are several films that are pending release posthumously. Throughout 2017 we have been able to enjoy the latest work of the actor in ‘Rememory’ with Peter Dinklage, Guillermo del Toro’s animated series ‘Trollhunters’ and ‘Thoroughbred’, a dramatic thriller with actress Anya Taylor-Joy.

Many Thanks To The following Website For This Valuable Content.
Hollywood honors Anton Yelchin at his statue unveiling