2022 begins and the list of films that awaits us this year is quite interesting and extensive, so we could not stay with only 10 and we decided that 20 covers most of the most anticipated titles of this year. The list ranges from Martin Scorceses, David Fincher, Alejandro González Iñarritu, to Brad Pitt, Tom Cruise, Björk, Bad Bunny and the comic films that most attract our attention.

Some films that we do not include in this list have already been released in international markets and will arrive in the coming weeks in time for the season of awards such as Nightmare Alley, Belfast, Benedetta, Belle or Spencer. Others like John Wick 4 and Indiana Jones 5 have already been delayed to 2023. And others like Morbious, Aquaman 2 and Wakanda Forever are not so excited yet, but they may give us a big surprise.

Taika Waititi returns to the director’s chair after the surprise and hilarious Thor: Ragnarok. Chris Hemworth is one of the few original Avengers left in the MCU and returns with Natalie Portman, Tessa Thompson, Jaimie Alexander, Karen Gilan, Chris Pratt and incorporates names like Russell Crowe and Christian Bale.

Joe Wright, director of films such as Pride and Prejudice (2005), Atonement, Desire and Sin (2007), Hanna (2011) and The Darkest Hours (2017), returns with a Cyrano de Bergerac musical starring Peter Dinklage. The advancement of this film aroused great interest in the last Cinemacon and is presented as one of the possible big surprises of this year.

Applauded at the last Cannes Film Festival, this Mexican film starring Arcelia Ramírez and directed by Teodora Mihai tells the story of a mother who, faced with the kidnapping of her teenage daughter, decides to take matters into her own hands before the indifference of the authorities.

The next project by the Russo brothers, now estranged from Marvel, features Chris Evans, Ana de Arma, Ryan Gosling, Billy Bob Thornton and Jessica Henwick. Based on the novel by Mark Greaney, The Gray Man tells the story of a murderer (Chris Evans) who is hunted by his own agency and one of his best friends (Ryan Gosling). After her successful debut of her hit debut, Booksmart (2019), Olivia Wilde returns with this crime drama about a woman in the 1950s who lives with her husband in an experimental utopian community and discovers alarming things from her spouse’s past. They star Florence Pugh, Olivia Wilde, Chris Pine, Nick Kroll, Harry Stiles and Gemma Chan.

15 – Everything Everywhere All At Once.

The directors of Swiss Army Man (2016) have decided to make their own multiverse with Michelle Yeoh. The film tells the story of an elderly Chinese woman who has to save the world by exploring other versions of what her life could have been. Martin Scorsese’s next film is set in the 1920s and stars Leonardo DiCapiro and Robert De Niro. If that is not enough to attract attention, this will be a crime and mystery film that involves the FBI in the murder of several members of the Osage tribe. Joining Jesse Pemons, Brendan Fraser and John Lithgow. 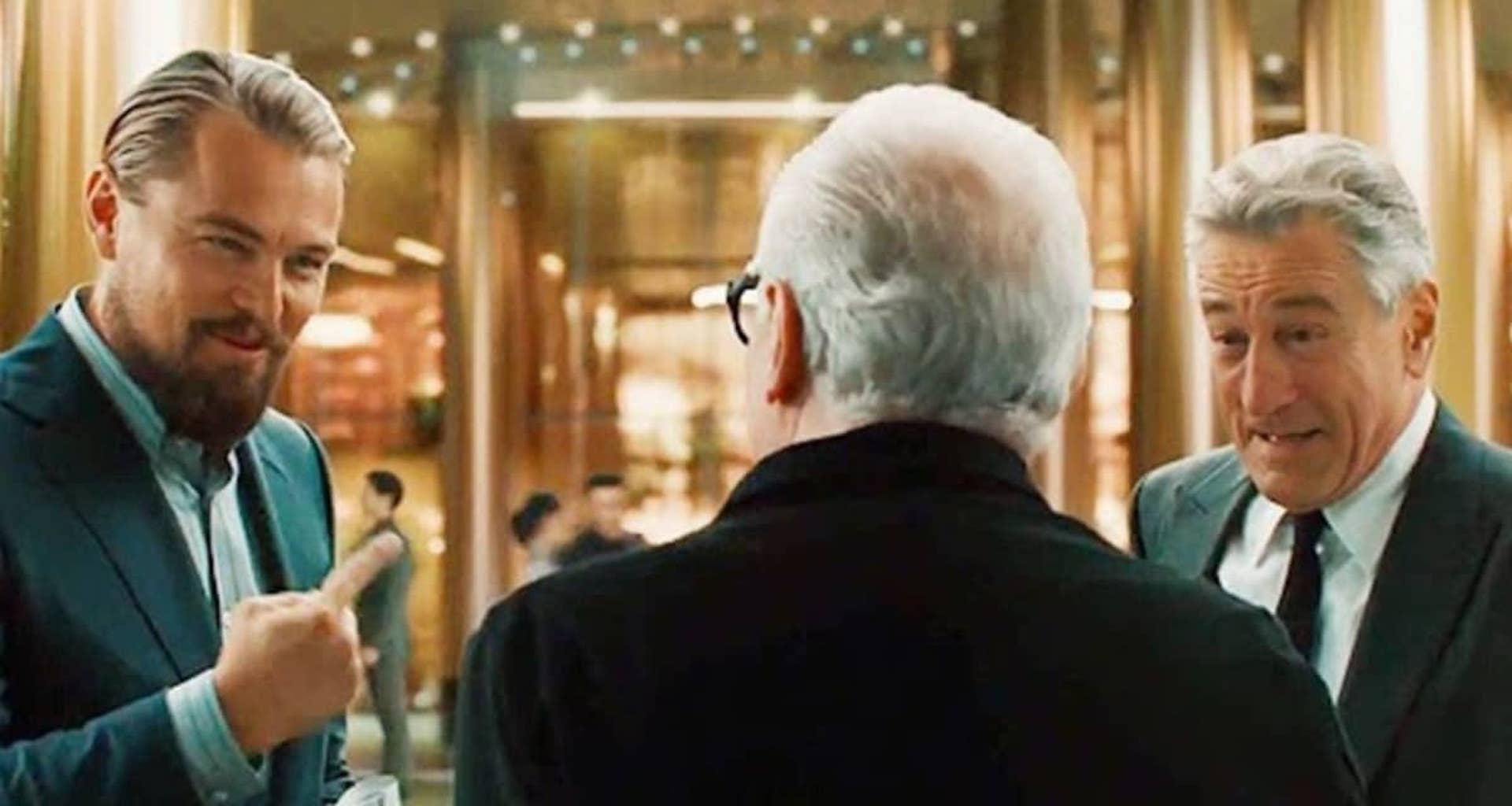 After almost 8 years of absence, Baz Luhrmann returns with a project about the life of Elvis Presley in a project that involves Tom Hanks as Colonel Tom Parker and the not well known Auntin Buttler as Elvis.

David Fincher’s next project is based on Alexis Nolent’s graphic novel, about a murderer who begins to have problems with his conscience. So far it is known that the cast are involved Tilda Swinton and Michael Fassbender. 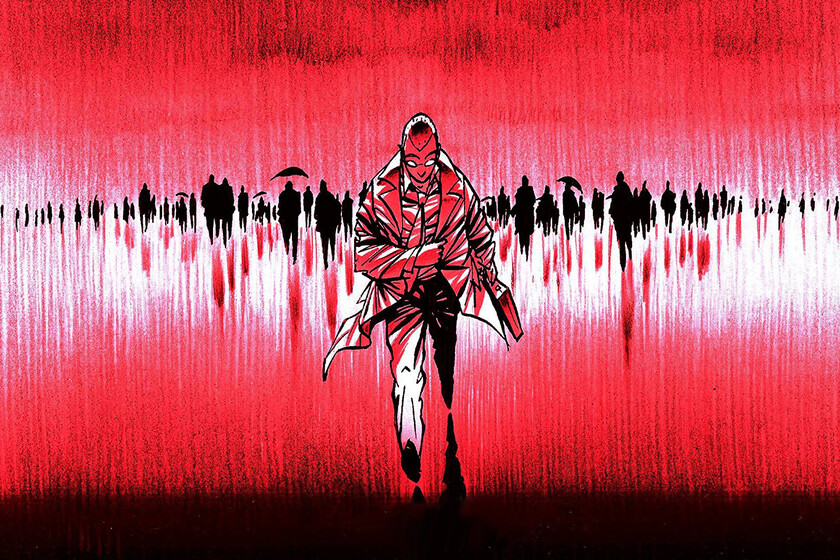 The director of El Faro (2019) and La Bruja (2015) returns with this epic revenge drama about a Viking prince who seeks justice for the murder of his father. They star Alexander Skarsgård, Anya Taylor-Joy, Nicole Kidman, Willem Dafoe, Ethan Hawke and the return to the big screen of Björk.

Now with the nostalgia factor to everything that gives one of the films that we most awaited in 2021 and now it will be released in 2022 is Top Gun: Maverick. Originally, the project had already suffered many delays and was on the verge of not being carried out after the death of director Tony Scott. Now with Joseph Kosinki (Oblivion (2013), Tron: The Legacy (2010)) in the director’s chair Tom Cruise returns to the iconic character who brought him international fame in the eighties. Accompanying Jennifer Connelly, Miles Teller, Val Kilmer.

This film marks the return of the two-time Oscar winner for best director Alejandro González Iñarritu. We know little about this film, only that it is a critique of politics and modern Mexican society. Andres Almeida and Daniel Giménez Cacho star.

Although we weren’t sure what to expect on a Buzz Lightyear film, the first preview of this Pixar film with music by David Bowie won us over and we look forward to its release.

6 – The Unbearable Weight of Massive Talent.

Nicoles Cage plays Nicolas Cage in this Tom Gormican film. In this movie Nick Cage is desperate for some money so he agrees to appear at a billionaire fan’s birthday party for 1 million dollars. The fan is Javi Gutierrez (Pedro Pascal) an eccentric mafia boss who feels great admiration for the actor. The trailer is all we need to look forward to and get excited about this movie.

5 – Spider-man Across the Spider-Verse Part One.

After the critical and commercial success of Spider-Man into the Spider-Verse it was only a matter of time before we saw a sequel. Now it will not be one, it will be two and the advancement of the first part shows us that the magic is still there. Shameik Moore, Hailee Steinfeld and Jake Johnson return to lend their voices to Miles, Gwen and Peter; In addition, Oscar Isaac and Issa Rae are incorporated.

4 – Doctor Strange in the Multiverse of Madness.

Sam Raimi returns to comic book movies now in the MCU. After the box office success of Spider-Man: No Way Home and streaming on WandaVision we can’t wait to see the Supreme Sorcerer (Benedict Cumberbatch) and the Scarlet Witch (Elizabeth Olsen) in what promises to be a superhero movie with horror overtones . The first trailer looks great.

This movie has been delayed for nearly a decade, but James Cameron promises the wait has been worth it. And to be honest, what is best for the director of Titanic (1997) and Avatar (2009) is to have the mummies found. Zoe Saldana, Sigourney Weaver, Sam Worthington, Stephen Lang return and Kate Winslet and Michelle Yeoh join.

DC’s cinematic universe has found mixed responses from critics and the box office, but has achieved some hits like Wonder Woman (2017), Aquaman (2018) and Shazam! (2019). The Flash with a rather tortuous path has changed scriptwriters and director several times until Andy Muschietti (It (2017)) managed to take over. The film promises to make a clean slate in DC, especially in its most controversial properties such as Justice League (2017), it also brings back Ben Affleck as Bruce Wayne and Michael Keaton as Batman.

After several delays due to covid, Matt Reeves’ The Batman will be released in March 2022. This film promises to bring us a Batman who finds a balance between reality and the comic. In addition to using the character’s detective skills, which have been neglected in the cinema.

The 20 most anticipated films of 2022: From Batman, to the return of Björk and the debut of Bad Bunny in Hollywood