The big day arrived, amid great anticipation, the tape was seen for the first time Spencer by Pablo Larraín at the Venice Film Festival. On this red carpet there were no great dresses and dramatic displays, the protagonist was the film that is based on the Princess Diana, specifically during a Christmas weekend of 1991, when supposedly, their marriage would have collapsed in front of their eyes during their traditional stay at Sandringham. The great protagonist of the film is Kristen Stewart, who despite having been questioned, has surprised in the role that a handful of actresses have played over the decades. For her big night, she couldn’t help but don a Chanel look, a firm for which she is an ambassador and which lovingly supported her in this film creating looks worthy of a princess.

Will Jennifer Lawrence be the inspiration behind the poster for the Princess Diana movie?

Unlike her usually sober personality, Kristen looked happy on Spencer’s red carpet, as if it were a huge celebration. The gestures, the movements with the hands and the winks to the cameramen were present in a display rarely seen on his part. For this occasion chose a set from Chanel’s Fall Winter 2021 Haute Couture collection. In a delicate mint green with lace details, pleats, and a large bow at the waist, Kristen looked comfortable and perky. Unlike the runway look, the actress wore white Louboutin Hot Chick heels.

The accessories that the actress chose for tonight featured a Camélia model necklace from the French firm par excellence, which went with the Coco Crush ring from Chanel. Breaking with the look with which he had been seen in his two other appearances at the Festival, tonight he wore his hair loose with light waves and a dramatic makeup that contrasted with the yellow tone that he wears in his hair -some shades above the one seen on the tape. 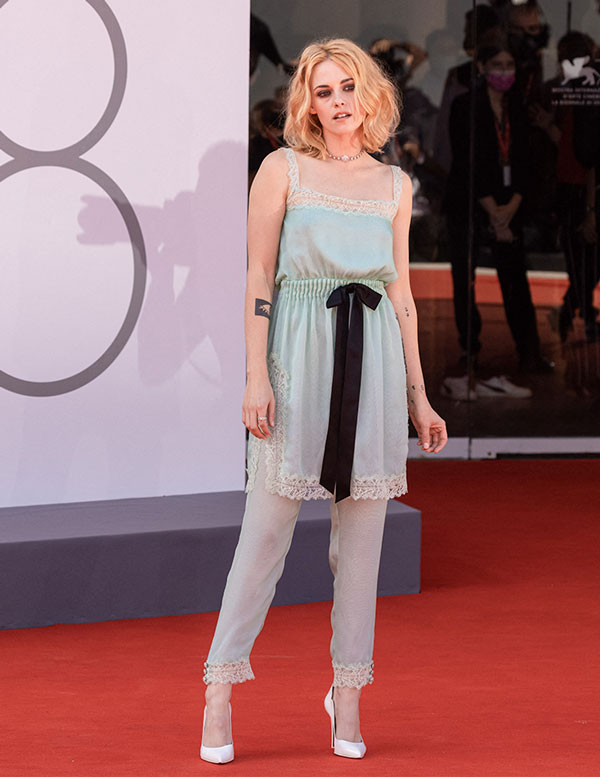 The actress posed with Pablo, director of the film and the man behind Jackie, the portrait of Jacqueline Kennedy. Aware of the great moment they were about to star in, Larraín and Stewart sat on one of the carpet platforms to pose for the cameras.

The new photograph of Kristen Stewart as Diana of Wales

It will be until November 5 when the general public You will be able to see on the big screen the film that portrays a very specific moment in Diana’s life, of course, under the imagination of its creators, because no one knows what the Princess was really living inside. Just a few days ago, the film’s poster was released, and then its first trailer, which gave a closer look at the despair and sadness that are portrayed in a character known and loved around the world.

So far, criticism has been pointed in Spencer’s favor and a long standing ovation is reported at the Festival. Beyond the beautiful wardrobe that was largely in charge of Chanel, there is talk of the pain that can be portrayed in the character of Diana. The film is said to begin with a phrase on the screen: “This is a fable based on a true tragedy.” And, although we all know the terrible outcome that Diana’s life had, apparently, the film portrays one of the most complicated moments in the history of the Princess, several years before her unfortunate death. 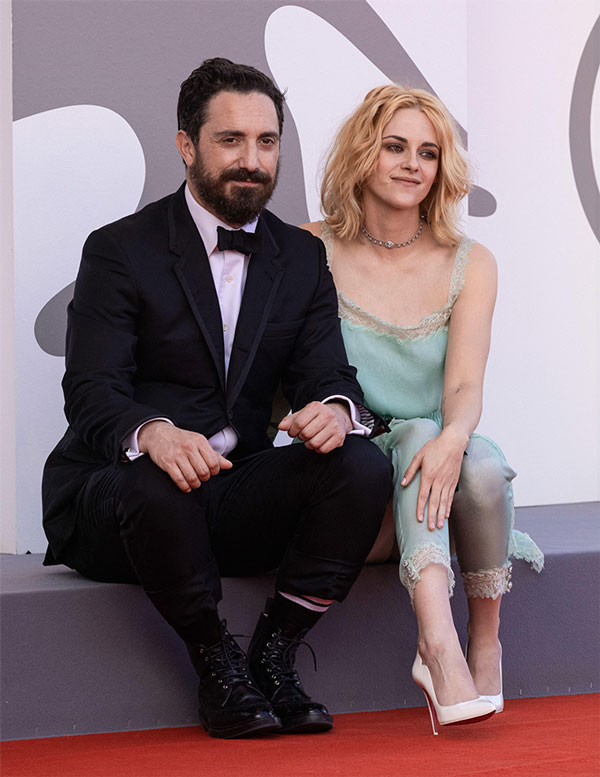 Many Thanks To The following Website For This Valuable Content.
Kristen Stewart has presented her Diana at the Venice Film Festival