They hear him before they see him, but they know who he is, and they’re terrified. He is whistling “The Farmer in the Dell,” and by the time he swaggers around the corner of the West Baltimore block, a shotgun visibly dangling beneath his trademark grey duster, Omar Little has sent an entire drug crew scurrying. They sprint down a nearby alley, right into the trap the larger-than-life stickup artist has laid for them, and when he gets a look at a gaudy necklace hanging from the leader’s neck, he stops whistling and smugly speaks the next lyric aloud: “Yeah, the cheese stands alone.”

This was not Michael Kenneth Williams’ first appearance as Omar on The Wire, or even his second. He popped up briefly in two previous episodes, pulling slightly less flamboyant but equally effective raids on local drug crews, and becoming an object of interest for both the Barksdale gang and the police unit targeting them. But Omar was always presented as a figure out of myth on a series that was otherwise stubbornly realistic. So that image of him strolling towards his prey, not a care in the world despite the life-and-death stakes of his game, is the one every Wire fan pictures when they think of his introduction to one of the greatest shows ever made. The Wire creators David Simon and Ed Burns had based Omar on Donnie Andrews, a Baltimore stickup artist they both knew, but the character also owes a lot to classic Westerns. (In Jonathan Abrams’ Wire oral history, All the Pieces Matter, Williams said that the only bit of homework Simon ever gave him for the role was to watch The Wild Bunch.) So it didn’t matter when Omar actually debuted, because as the Wild West saying goes, when the legend becomes fact, print the legend.

Williams, who was found dead in his Brooklyn apartment earlier today at the too-young age of 54, was in many ways a legend. He played the most beloved character on an all-time classic — a character so popular, no less than Barack Obama named Omar his favorite. He was such a staple in great HBO dramas — as bootlegger Chalky White in Boardwalk Empire, prison veteran Freddy Knight in The Night Of, and closeted monster-hunter Montrose Freeman in Lovecraft Country — that if anyone were to attempt to build a Mt. Rushmore for the pay-cable giant, Williams would certainly be on it (maybe as the Teddy Roosevelt to James Gandolfini’s George Washington). But he was also a man, an artist, an addict, and an abuse victim. And it was his ability to find the vulnerabilities and shadings within these outsized characters — to make an Omar or a Chalky into a human being who just wore the cloak of legend — that made him so great, and that makes his loss feel so acute.

Omar, understandably, will be the character everyone first thinks about as they hear the terrible news of Williams’ passing. It’s a spectacular merging of actor and role, one of the most memorable figures in the long history of television as a medium. Black, gay, and loquacious, with a flair for the dramatic and a rigid moral code, he felt at once wholly new, and yet so fully realized that it was a wonder we hadn’t seen the likes of him before.

But every show and movie that employed Williams was made the better for it. In addition to his iconic HBO work, he gave searing recent performances in Netflix’s When They See Us (as a father who naively talks his son into the confession that will wrongly send him to prison for years) and ABC’s When We Rise (as gay activist Ken Jones). And he was dryly funny in guest appearances on Community and F Is For Family. Williams at once radiated star power while having the character actor’s gift for blending into scenes whenever necessary: Anytime his presence loomed over The Wire as a whole, it’s because it was meant to.

Like everyone else, I was a sucker for Omar, but I also had a weak spot for Chalky White, the Black counterpart in Atlantic City to Steve Buscemi’s Nucky Thompson. There’s a scene in an early episode where Chalky is given the opportunity to interrogate a local Ku Klux Klan leader regarding the lynching of Chalky’s driver. Sitting calmly across from this racist piece of trash, Chalky eloquently tells the story of his beloved carpenter father, and how Mr. White’s work on a beautiful set of bookcases eventually got him hung, too. Chalky’s hands have been resting on a leather case of some sort, and at the end of the speech he unfolds it, stroking the contents lovingly as he explains, “These here my daddy tools.” His terrified prisoner asks what Chalky intends to do with them, and Chalky — reveling in the chance to metaphorically get some revenge for his father’s murder — pauses, smiles, and says, “Well… I ain’t buildin’ no bookcase.” It is a spellbinding bit of oratory all around, and the tender gestures he uses as he touches the tools suggested that as great as he was on The Wire, he had far more talent and range than he’d been able to show as a relatively minor figure in that series’ scheme of things. Chalky’s prominence on Boardwalk grew and grew, until the show’s penultimate season — not coincidentally, by far its best — effectively treated him and Nucky as co-leads, with Chalky’s raw and deeply personal battle against charismatic Harlem crime boss Valentin Narcisse (Jeffrey Wright) taking the series to emotional heights it had never hit before.

Early in the run of Boardwalk, I got the chance to enjoy a drink with Williams before moderating a panel featuring him and the rest of the show’s impressive cast. Years after he first broke through on The Wire, he was still marveling at the journey he had taken from a Brooklyn housing project to fancy wine-and-cheese events like this, and to hearing our country’s first Black president praise his work. I looked forward to many more encounters with him in the future of what was already a remarkable career.

People are, of course, more complicated than they appear on television or over a quick chat at a private event. Not long after Williams and I met, he went on the record with New Jersey’s Star-Ledger newspaper about his long history of drug addiction and recovery. He was even more candid a few years later with The New York Times, talking about both his drug problem — David Simon confessed in the piece that he and Burns worried if they fired Williams for coming to work high, “he’d become truly untethered” — and about being sexually molested as a child and the impact it had on the man he grew up to be.

“The characters that mean the most to me are the ones that damn near kill me,” he told the Times. “It’s a sacrifice I’ve chosen to make.” This is a painful statement, especially in light of his death at an age when he had so many more roles to play and so many more lives to touch. But the link between Williams’ pain and his performances is one you can see throughout his too-brief but impressive career. The trademark scar that swooped diagonally across most of his face, for instance, turned out to be a professional godsend, transforming him from a forgotten background extra in dance videos to someone directors wanted to keep moving closer and closer to the camera, until finally Tupac Shakur picked Williams to play his brother in 1996’s Bullet. Williams did not identify as gay, but he found a welcome space for himself in the gay community after having been branded as soft by the kids in his East Flatbush neighborhood; he would use those friendships to help inform his work as men like Omar, Ken Jones, and Montrose Freeman. Every actor, whether they are classically trained or more instinctive like Williams, in some way uses their own experiences to fuel their work. The personal cost of that method just seemed far higher for him than for so many of his peers. 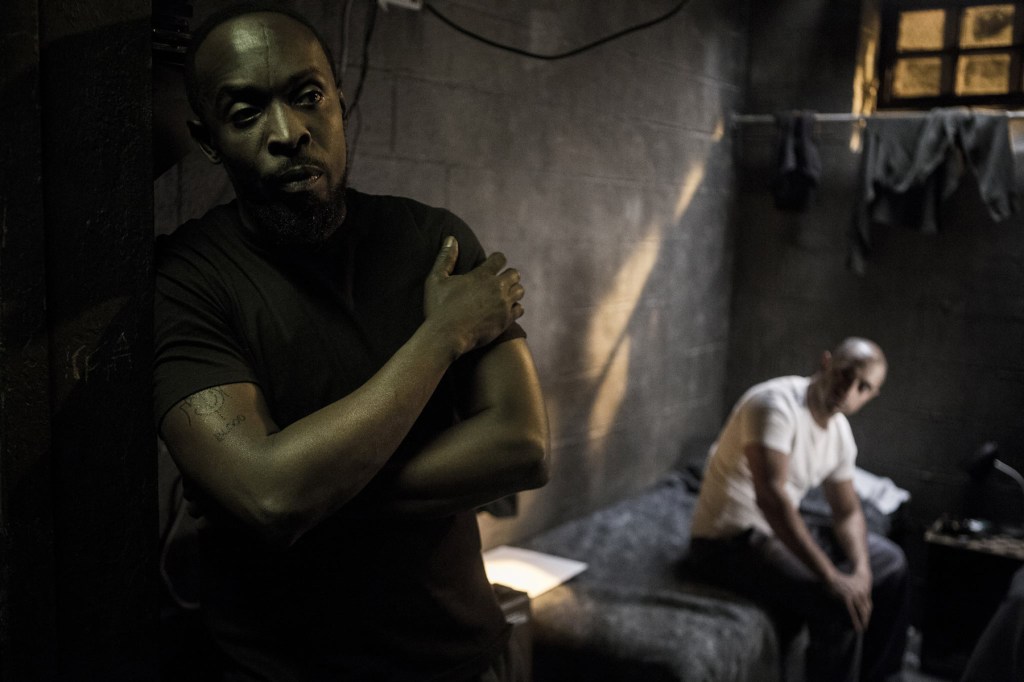 As Freddy Knight in ‘The Night Of’

The penultimate episode of Lovecraft Country sees the show’s main characters transported back in time to Tulsa, Oklahoma, in 1921, on the night the infamous Tulsa Race Massacre began. It is an event Montrose already endured firsthand as a young man still coming to terms with his sexuality. He survives this return visit as an adult, then stands at a hotel window watching his hometown burn due to the ignorant prejudice and cruelty of his white neighbors. He begins listing the (very real) names of Black Tulsans who died that night, in yet another hypnotic monologue that by this point was becoming a specialty. Once again, there was Michael Kenneth Williams turning real-life pain into stunning art. It felt like he was just getting warmed up as an actor rather than nearing the finish line.

Though Omar struts into The Wire as a legend, he exits it merely a man, gunned down in a liquor store by a scared kid looking to make a name for himself in the neighborhood drug trade. His death felt terribly early, even though The Wire only had a few episodes to go at this point. Now Williams is gone far too early, too, and at a moment in his career where there should have been no end in sight. He had so much more to give, so many roles to make indelibly his, so many more turns of phrase to deliver smooth as butter. Even among some of the greatest dramatic ensembles ever assembled, Michael K. Williams stood alone. 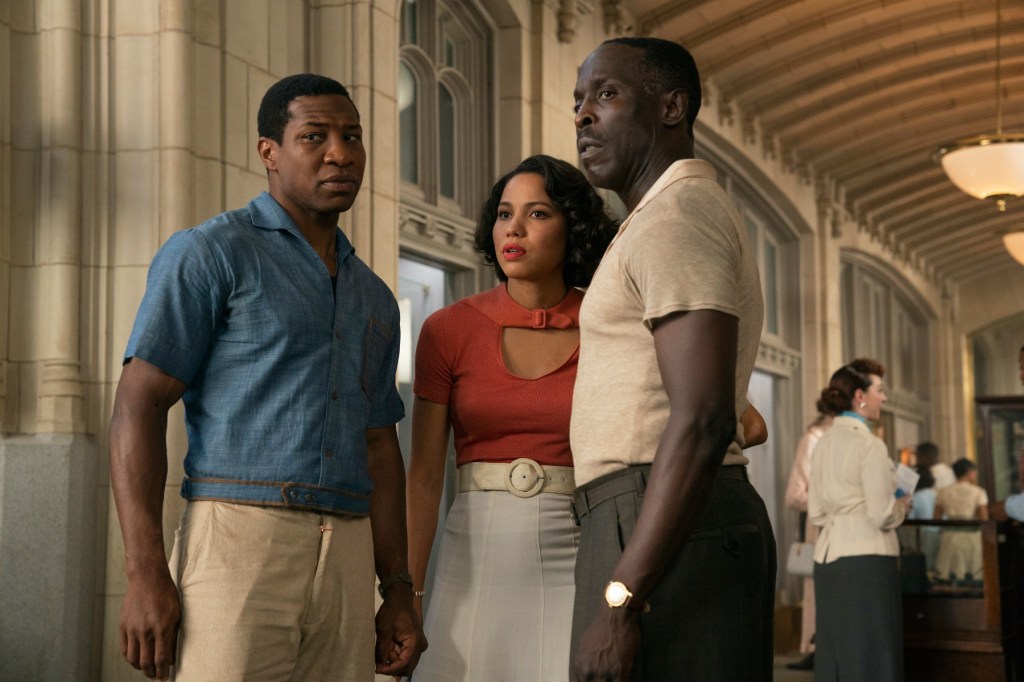