New findings from NASA’s Juno probe orbiting Jupiter provide a more complete picture of how the planet’s distinctive and colorful atmospheric features offer clues to invisible processes beneath its clouds. The results highlight the inner workings of the cloud belts and areas that surround Jupiter, as well as its polar cyclones and even the Great Red Spot.

“These new Juno observations open the treasure chest to new information about Jupiter’s enigmatic observable features,” said Lori Glaze, director of NASA’s Division of Planetary Sciences in Washington. “Each article sheds light on different aspects of the planet’s atmospheric processes, a wonderful example of how our internationally diverse scientific teams reinforce our understanding of our solar system.”

Juno entered the orbit of Jupiter in 2016. During each of the spacecraft’s 37 passes across the planet to date, a suite of specialized instruments has studied beneath its turbulent cloud cover.

“Previously, Juno surprised us with hints that the phenomena in Jupiter’s atmosphere were deeper than expected,” said Scott Bolton, Juno principal investigator at the Southwest Research Institute in San Antonio and lead author of the paper. Journal Science over the depths of Jupiter’s vortices. “Now, we are starting to put all these individual pieces together and getting our first real 3D understanding of how Jupiter’s beautiful and violent atmosphere works.”

Juno’s microwave radiometer (MWR) allows mission scientists to look beneath Jupiter’s clouds and probe the structure of its many storms. The most famous of these storms is the iconic anticyclone known as the Great Red Spot. Wider than Earth, this crimson vortex has intrigued scientists since its discovery nearly two centuries ago. 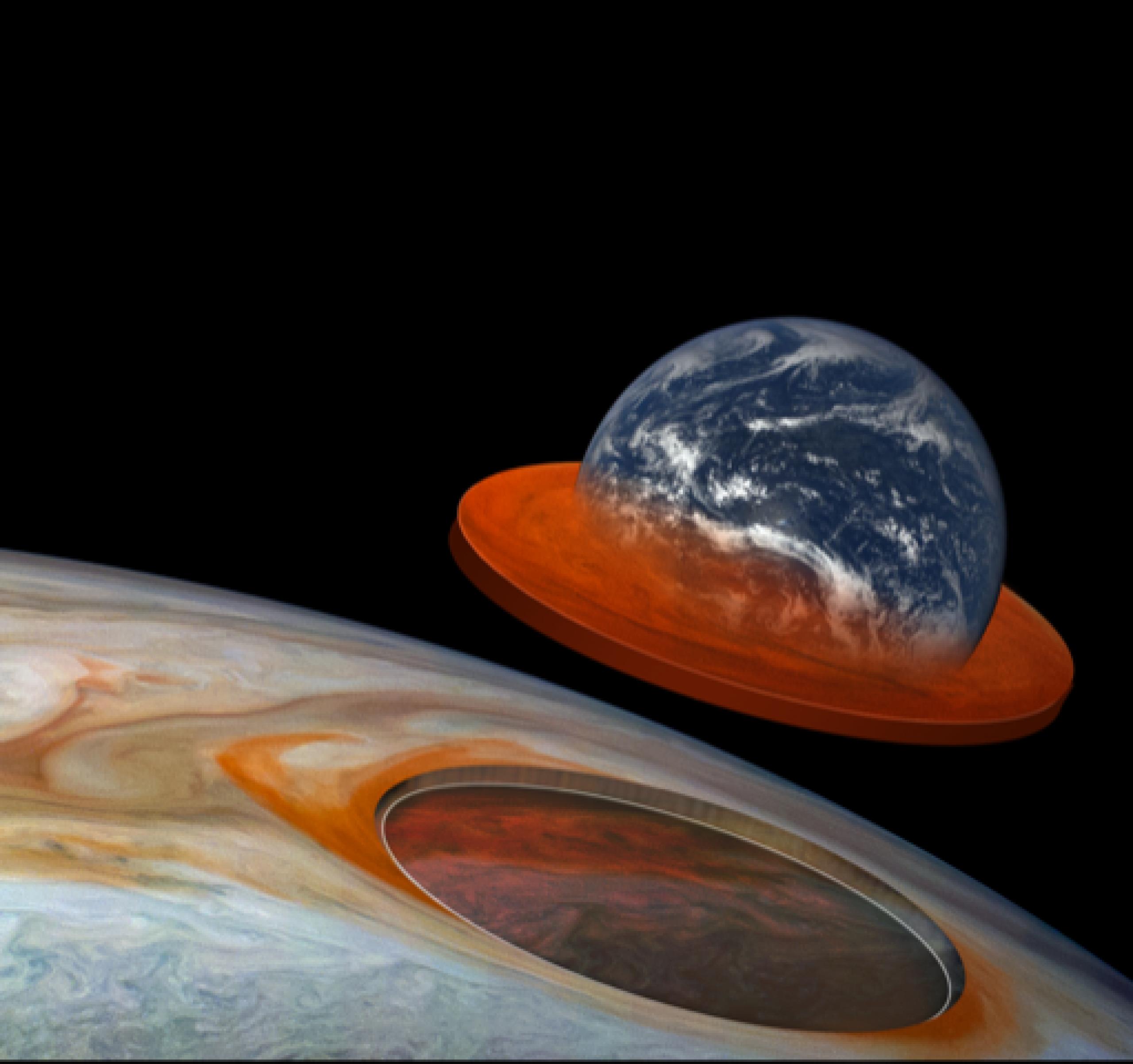 The findings also indicate that these storms are much higher than expected, some extending 100 kilometers below the clouds and others, including the Great Red Spot, extending more than 350 kilometers. This surprising discovery shows that vortices cover regions beyond those where water condenses and clouds form, below the depth where sunlight warms the atmosphere.

The height and size of the Great Red Spot implies that the concentration of atmospheric mass within the storm could be detectable by instruments studying Jupiter’s gravitational field. Two close Juno flybys over Jupiter’s most famous site provided an opportunity to look for the storm’s gravity mark and complement the MWR results on its depth.

With Juno traveling low above Jupiter’s cloud platform at approximately 209,000 kilometers per hour, Juno scientists were able to measure velocity changes as small as 0.01 millimeters per second, using a tracking antenna from the Space Grid. Deep from NASA, which is more than 650 million kilometers away. This allowed the team to delimit the depth of the Great Red Spot about 500 kilometers below the cloud tops.

“The precision required to obtain the gravity of the Great Red Spot during the flyby in July 2019 is astonishing,” said Marzia Parisi, Juno scientist at NASA’s Jet Propulsion Laboratory (JPL), in Southern California and lead author of an article in the Journal Science related to gravity overflights of the Great Red Spot. “Being able to complement the MWR findings on depth gives us great confidence that future gravity experiments on Jupiter will produce equally intriguing results.”

In addition to cyclones and anticyclones, Jupiter is known for its distinctive belts and zones – the bands of white and reddish clouds that envelop the planet. Strong east-west winds moving in opposite directions separate the bands. Juno previously discovered that these winds, or jet streams, reach depths of approximately 3,200 kilometers. Researchers are still trying to solve the mystery of how jet streams form. Data collected by Juno’s MWR during multiple flybys reveals one possible clue: that ammonia gas in the atmosphere travels up and down in remarkable alignment with the observed jet streams.

“By following ammonia, we found circulating cells in the northern and southern hemispheres that are similar in nature to ‘Ferrel cells,’ which control much of our climate here on Earth,” said Keren Duer, a graduate student at the Weizmann Institute of Sciences in Israel and lead author of the article by Journal Science on Ferrel-like cells on Jupiter. “While Earth has one Ferrel cell per hemisphere, Jupiter has eight, each at least 30 times larger.”

Juno’s MWR data also shows that the belts and zones transition about 40 miles below Jupiter’s water clouds. At shallow depths, Jupiter’s belts are brighter in microwave light than neighboring areas. But at deeper levels, below the clouds of water, the opposite occurs, revealing a similarity to our oceans.

“We call this level the ‘Jovicline’ in analogy to a transition layer seen in Earth’s oceans, known as a thermocline, where seawater abruptly goes from relatively warm to relatively cold,” said Leigh Fletcher, a Juno Participating Scientist from the University of Leicester, UK and lead author of the paper in the Journal of Geophysical Research: Planets highlighting Juno’s microwave observations of Jupiter’s belts and temperate zones.

Juno previously discovered giant cyclonic storm polygonal formations at both of Jupiter’s poles: eight arranged in an octagonal pattern in the north and five arranged in a pentagonal pattern in the south. Now, five years later, mission scientists using observations from the spacecraft’s Jovian Infrared Auroral Mapper (JIRAM) have determined that these atmospheric phenomena are extremely resilient and remain in the same location.

“Jupiter’s cyclones affect the motion of each other, causing them to oscillate around an equilibrium position,” said Alessandro Mura, Juno co-investigator at the National Institute for Astrophysics in Rome and lead author of a recent paper in Geophysical Research Letters on oscillations and stability in Jupiter’s polar cyclones. “The behavior of these slow oscillations suggests that they have deep roots.”

The JIRAM data also indicates that, like hurricanes on Earth, these cyclones want to move towards the poles, but cyclones located in the center of each pole push them back. This equilibrium explains where the cyclones reside and the different numbers at each pole.

More about the mission

JPL, a division of Caltech in Pasadena, California, manages the Juno mission. Juno is part of NASA’s New Frontiers program, which is administered at NASA’s Marshall Space Flight Center in Huntsville, Alabama, for the agency’s Science Mission Directorate in Washington. Lockheed Martin Space in Denver built and operates the spacecraft.

You can learn more about Juno here: https://www.nasa.gov/juno