According to the criteria of

Olluquito is a nice mischievous boy who has come to one of the trays of the refrigerator from a community in his country, whose roots merge among a fascinating range of tubers from its high Andean foothills. Charqui, dehydrated llama meat, is a master curaca whose wisdom comes from the pre-Inca oracles. The problem is that, as it is ‘salty’, its presence triggers a series of events necessarily unfortunate is barely discovered by the frozen meats in the ice mines of King Salmon, located in some nook of the Temple of Freon, freezer that suffers the government of a lodge of mayonnaise whose unctuous baptismal dogma will fall on the heads of vegetables and other inhabitants of the polar space, subjugating them.

LOOK: “The Fall of Lima”, the new comic by Miguel Det: “Probably, the capital has always been screwed up” | INTERVIEW

The appearance of the old and salty Charqui, of course, will generate the thaw. That is, the rebellious deed of the prison food, starting with Olluquito, a sandwich-altar boy subjected to the leadership of flavorings such as Monsignor Krafwerk and other mayonnaises at the service of a transgenic dictatorship sustained in the impudence of laboratory sauces, all determined to implant a salchipapero government. They are the owners of the doors and monitor the operation of the refrigerator from their balconies. Of course, they direct the canned goods, whose police brutality is deployed on the vegetables that are not allowed to be spread, sending them to the dungeon of the vegetables until they are corrupted. A fight of pasteurized against organic. Imported food versus Peruvian agricultural product.

“It was too round an idea not to do.”, Says Sebastián Burga aka Bastian Bestia (43), an artist whose work transits the limits of multiple creative languages ​​typical of sculpture, industrial design, graphic design, illustration and contemporary art. After winning a few comic book competitions during his teens, Burga earned a degree as a sculptor from PUCP before completing his master’s degree from the Berlin University of the Arts. Prone to absurdity and parody, he appropriates industrial aesthetics to create ‘homo ludens’ objects with mathematical precision: rare toys, kinetic sculptures, unusual board games, atypical furniture, scathing caricatures and everything that ties in with his heterodox quest in drawing, art and design.

Thus, he was feeding the idea of ​​inserting Olluquito into an epic and indigenous story whose references go from the Wizard of Oz to the deed of Túpac Amaru. “As in Doroty’s musical, the logical course of the history of ‘Olluquito with Charqui’ was, above all, the encounter between the ingredients of this wonderful national dish set in colonial times. Specifically, during the extirpation of idolatries, an issue impossible to make invisible and that left many victims. When I found this analogy, the ideas came by themselves”Says Burga. José Aburto (44), web designer, digital content creator and writer with an arsenal of dialogues, climates and references that ended up solidifying an adventure whose speed starwaresca It shouldn’t happen light years away but in the refrigerator of any Peruvian kitchen.

To, incidentally, demarcate with some pasteurized beliefs. Like the one that flavorings must be chemical, imposing a kind of ‘head wash’ on natural foods. Or that because of the sins of the people the thaw and decomposition will occur, where the ‘salty’ would be that antichrist with the bad taste and impurities. Everything pointed to the fact that “Olluquito with Charqui” would be the ideal duo that liberates Freon from the flavor of those evil sauces: Charqui giving it the ancient wisdom of ancestral steaks and Olluquito personifying the purity and fertility of our agricultural heritage. Then, the nostalgic half onion for its other half, the insurgent panka pepper stealing labels from the packages with an expiration date, the yellow pepper reconverted to the creeds of Cardinal Heinzler, the contagious humor of a parsley that is smoked up to its own leaves. A party of tubers and vegetables in full color.

All this perfectly seasoned with the sparkling Peruvian humor, rich in culinary expressions of two senses. A true humorous mine that Aburto and Burga have been exploiting for a long time: in “Stray” they created a labyrinthine red and interactive corridor 30 cm wide, suspended in the air and only suitable for the human head, where the public constructed their own poetry depending on the route you decide to take. They also made a series of fictional movie posters, such as “Mal de ojos”, and built the gigantic Inca robot Incarri, which fought against the mining companies that extracted the ‘perunium’. His best known work was “El choclo Colón”, an architectural intervention on the Colón theater: they erected a horrible twenty-story building to deliberately damage an intangible and monumental environment.

His latest work is the video game “Republic of the Beyond”, which turns the Internet user into an explorer of history: the gates of the Presbítero Maestro cemetery-museum are opened and the Internet user embarks on a journey through the cenotaph of Ramón Castilla, the ghosts by Mariátegui, Gonzales Prada, Mercedes Cabello and César Moro, who spill fragments of their works on the niches. He will also have to overcome dark forces such as Tom Lom, the murderous barber of Capón Street, or La Gringa de San Lorenzo, beheaded on the island and buried in El Presbítero. A hilarious Peruvian version of Pac-Man that, now, finds its simile illustrated in “Olluquito with Charqui” to show, incidentally, that the future’s diet will be wild or it won’t be. 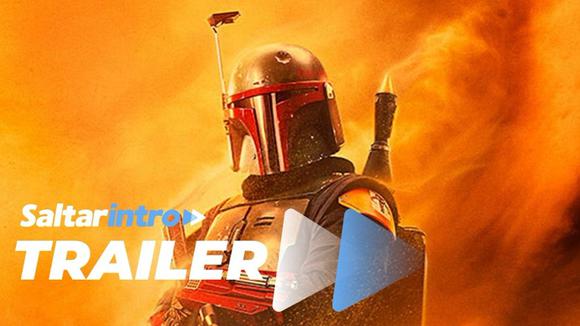 “Olluquito with Charqui”: this is the unmissable comic inspired by Star Wars and Túpac Amaru that revalues ​​Peruvian food