Jan 24:  While the overall hospitalization rate for stroke has declined in recent years, the numbers have jumped dramatically for patients infected with human immunodeficiency virus (HIV), suggesting they may be up to three times more likely to suffer a stroke than people uninfected by the virus that causes AIDS.

In a paper published in the Jan. 19 online issue of Neurology, Bruce Ovbiagele, MD, professor of neurosciences at the University of California, San Diego School of Medicine and Avindra Nath, MD, of Johns Hopkins University, reviewed a national dataset of all hospital patients primarily diagnosed with stroke between the years 1997 and 2006. 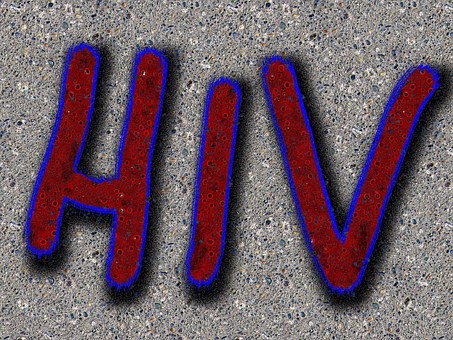 They found that the number of stroke diagnoses in the general population declined 7 percent during this time period (to 926,997 from 998,739) while stroke diagnoses among HIV-infected patients rose 67 percent (to 1,425 from 888). The rise in strokes among HIV patients was entirely driven by an increase in ischemic strokes, which are caused by impaired blood flow to the brain due to clots. Ischemic strokes are significantly more common than hemorrhagic strokes, which involve leakage of blood from the circulatory system into the brain.

Strokes can result in rapidly occurring, permanent loss of brain function due to severely reduced or interrupted blood supply to the brain. They are the third leading cause of death in the United States, with more than 143,579 fatalities annually, and the leading cause of serious, long-term disability.

“Generally speaking, strokes in patients with HIV are not common, so the rise is notable,” said Ovbiagele, who is also a staff physician in the VA San Diego Healthcare System. He noted that the time period studied coincides with the emergence and widespread use of highly active antiretroviral therapy (HAART) for HIV patients. HAART has been notably successful in extending the lives of HIV/AIDS patients, but Ovbiagele said emerging data suggest that these drugs can be associated with metabolic complications linked to a higher risk of stroke.

“The rise in HIV stroke rate may simply be because patients are living longer,” Ovbiagele said. “Stroke risk is highly correlated with increasing age. Almost three-quarters of strokes occur after the age of 65. Indeed, after 55, the risk doubles for each successive decade.”

However, among HIV patients the average age for a stroke was in the 50s and Ovbiagele said it has been previously shown that drugs used in HAART affect lipid and glucose levels, which are metabolic biomarkers associated with ischemic stroke risk.

“Patients on HAART will clearly need to remain on the drugs to extend their lives, but the challenge will be to clarify whether HAART therapy is an innocent bystander or a direct culprit in this process. Furthermore, it would be helpful to find out if rates of myocardial infarctions, more commonly known as heart attacks, are rising among HIV patients since they share similar underlying biological mechanisms to ischemic strokes.”

The best cleaning method for dry skin is soaking the face in the lukewarm water for 10 minutes. It is better to avoid warm water to clean the face, especially in winters. This is a very useful dry skin treatment. Also for washing the face, it’s better to use mineral water instead of tap water […]

The research illuminates the basic mechanics of E. coli infections, possibly leading to new antibiotic drugs and infection-resistant materials for invasive medical devices. Urinary infections are caused when virulent E. coli adhere to cells. The previous study by Terri Camesano, professor of chemical engineering at WPI, had shown that cranberry juice reduces its ability to […]

A new oral anti-clotting drug, rivaroxaban (Xarelto), is an effective, convenient and safer treatment for patients coping with deep-vein thrombosis (DVT). DVT, sometimes called “economy flight syndrome” as it is associated with immobilization during long flights, can migrate to the lungs and form life-threatening pulmonary embolisms. Physicians prescribe well-known anti-coagulant medications, such as oral warfarin […]

You may find interest

TRAVELLING WITH A COMPUTER

Anyone who’s had to go on a work trip knows the difficulty of trying to stay connected and productive can be challenging. Here are a few tips to help you protect a laptop or notebook while you’re going READ MORE>>>

I am an American journalist who is keen on finding and spreading meaningful events to the public.