Double-edged weapon. When we receive the news that a new comic is going to be adapted, fans of the genre are carried away by enthusiasm. And not in small doses, precisely. That’s what happened when a few years ago we learned that Fox would adapt the adventures of ‘Lucifer’, the character that Neil Gaiman created for his wonderful ‘The Sandman’.

But the expectations are so high and the plots so complex, that many of these products do not meet expectations and end up in the cemetery of the canceled series. Until a hero, let’s call him Netflix, go to rescue them. The platform streaming pleased the thousands of fans who asked for a new opportunity for the work created by Tom Kapinos and granted two more seasons than revitalized production with more interesting scripts and characters.

Therefore, it is understandable that Netflix has a hard time giving up this success. And despite the fact that he announced that the fifth season would be the last, it turns out that no, that on September 10 we will have again Tom Ellis doing his thing in the skin of Lucifer Morningstar, one of those so adorable antiheroes that it is impossible not to fall before its charms.

How did Netflix reconsider this decision? Perhaps because season five has featured some of the best chapters of the series.

From here, very, very careful with the SPOILERS if you are not up to date with the series. 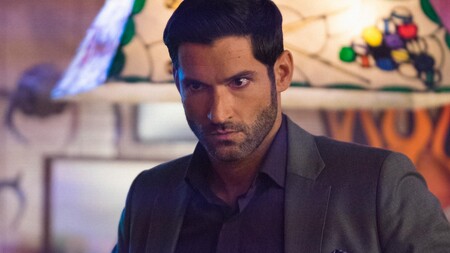 If there has been something truly exciting in this production, it is the core plot, the one that affects the mythological characters and their comings and goings from hell. They are supernatural beings who, curiously, seem to not overvalue their powers or their immortality, but rather they will be amazed to have the experiences that humans experience, above all, the emotions related to love and friendship.

Lucifer, so carefree, ironic and powerful, is the one who has undergone the most changes. Despite her “I’m only here to have fun” side, she has taken on more responsibilities, maturing and becoming aware of their obligations. He has lived through his most human season, acknowledging his love for Chloe, but also the most divine, assuming that he had to replace God as the most powerful creature in creation.

The horizontal plot has been the most complex of those experienced until now, with a fight in which the fate of the world is at stake. And yet, I have had the impression that the character of Miguel has been somewhat wasted. It has only emerged sporadically (avoiding the final hatching, of course) when a baddie was needed to shake the hornet’s nest, but working too underhandedly, showing himself very weak to Lucifer and missing opportunities to give the narrative greater depth.

The procedural and its problems 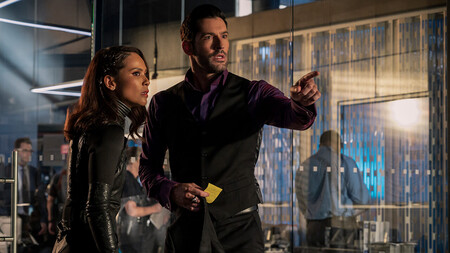 I think ‘Lucifer’ suffers from structural complications that they must combine their episodic nature with that great argumentative river that forces them to transcend.

By now, the police procedural are more than hackneyed And finding a twist that makes them interesting isn’t always easy. The starting point here was that the devil himself was assisting a female detective in her investigations. Quite powerful. The episodic plots were combined with the story of the fallen angel.

But what had to be a plus has sometimes become a hindrance. Because if we are one of those who are passionate about the main plot (my case), perhaps we consider that the vertical plot robs us of a few precious minutes of chapter, which could be used to delve into the stories of the underworld.

The procedural ones have certain characteristics that tend to weigh them down. For example, the real killer He is never the first suspect but one of the characters that appears in the first minutes of the chapter, so there is not much room for maneuver. On the other hand, as it is quite difficult to build complex characters in just a few minutes, these can be quite stereotyped on too many occasions.

In addition, there is the impossibility that the main characters of run in real danger. As much as they are shot, kidnapped, suffocated and all forms of violence that come to mind, it is absolutely essential that, in the next chapter, they appear fresh as a rose. Something that detracts from the plot. 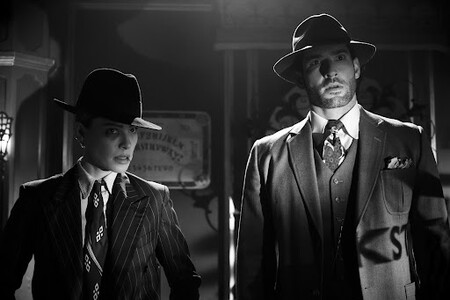 Although, in this case, the strengths of the genre have also shone. For example, the ability to create starting points in very different universes, colorful and refreshing, that encourage the viewer to want to see more.

The fifth season of ‘Lucifer’ has excelled in this regard. We have seen really great chapters, like that case in a television production that, precisely, has the devil as one more investigator. The meta-references, parodies, the life of the producers and scriptwriters behind the scenes was really exhilarating and a lot of fun.

Or that other chapter in which the plot I was traveling to the 40s with a flashback that served as an excuse to see the characters in new roles (even gender). Or the musical in which everyone sang, not to mention the family dinner that he himself called God.

Similarly, ‘Lucifer’ knows how to capitalize on the existence of these plots to create strong ties with the main line. That is, the episodic plot turns into a metaphor of the relationships that the protagonists are experiencing, which serves to complement it, but also to understand it better. It is a tool that is tried to be used in all series of this type, but it is not always solved correctly.

The characters we love so much 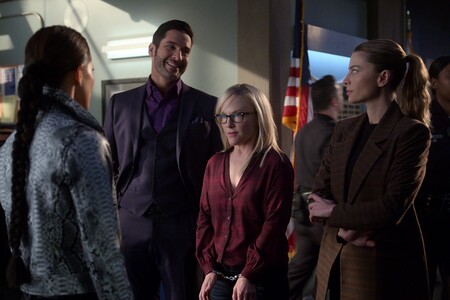 Meanwhile, while crimes are solved in the most lavish settings, the main characters have continued to gain weight, making ‘Lucifer’ a series that borders on coral.

First of all, there’s Detective Decker in that hero role that’s harder to sustain than some might think. With his pluperfection, he has all the ballots to fall badly, but the actress Lauren German he knows how to balance his good performance with large doses of weakness. One of the main themes has been that love relationship with Lucifer, who both lived as two insecure adolescents, with comings and goings and quite tender hopes and frustrations. The fact that she discovered that it was a gift that God conceived for her son gave her a very particular development. (Anything supernatural touches does, in fact.)

One of the most relevant characters of the season has been Maze (Lesley-Ann Brandt). Although this representative of evil has always been insensitive and cold, starring in some of the best action sequences, for many chapters her humanity and her desire to get closer to others has been seen. Maze wants a soul, like an imitation of a Tin Man eager for a heart. And, like him, she doesn’t realize she already has one, which makes her loyal, honest, and even compassionate.

The evolution of Dan has also been very interesting (Kevin Alejandro). The one who started out as one of Lucifer’s staunch enemies, has gradually gained his friendship. After disputing Chloe’s love, living an affair with Charlotte, my impression is that the writers have run out of ideas for the character and, finally, have opted for the easiest and most lucid way out, which would give shine to the frame without causing a real mess: his death. For Alejandro’s fans, just add that the actor will continue to be linked to ‘Lucifer’ and, as he has already been doing, will be the director of some episodes of the new season.

And it is almost essential to talk about God (Dennis Haysbert). Personally, one of the aspects that I enjoy the most about the series is how he tries to flip the clichés. We are used to seeing God on screen as implacable and almighty; while this being has shown himself as a vulnerable man, who wants to reconcile his family and who yearns to live those small and daily experiences that humans are lucky to experience. Seeing his mistakes and his desire to reinvent himself has seemed very curious to me, although I think that this plot could have been deepened much more.

As to Tom EllisWhat to say about him? Welsh actor carries the weight of the series in that seemingly simple way in which, with just one look, he is able to steal any scene. It seems to me that he is so ingrained with the character that it will be difficult to see the devil with another face. It is an impeccable presence that passes through all states: from sharpness and irony to love, concern, frustration and even the need for his father to love him. And all this without losing his innate charisma.

What to expect from the sixth season of ‘Lucifer’

As a gift to the fans, this is how this unexpected renovation is presented that tells us that the cycle has not closed. And perhaps, although showrunners They have assured that the thing ends here, since we have already lived this process other times, the door may be a little open …

The sixth season will bring us the complications of Lucifer acting like God, with the responsibilities that this entails, but also coupled with a love affair that has always been played very well, removing the sweet from our lips when we were about to savor it. What will the relationship between God and Chloe be like? Well, we are sure that it is very complicated, but with many exciting moments.

AND Amenadiel, Linda, Eva, Ella, Trixie and even little Charlie? There is very little left to enjoy a series that has managed to put the audience in their pockets and that, despite its off-screen problems, has grown in quality as the weight of the story picked up speed. And that is not exactly the usual thing.

Many Thanks To The following Website For This Valuable Content.
The series based on the work of Neil Gaiman offers excitement and fun with a charismatic antihero on his way to the end