The TikTok trend “Mama Said it was Okay” uses a bit from Danish pop band Lukas Graham’s 2015 song “Mama Said’ as a way to show the celebrities/fictional characters who influence and/or align with the TikToker’s style, behavior, and/or viewpoints.

Occasionally the person’s own mother is used, but in general it’s a trend that showcases pop culture moments that others can recognize.

The meme is a quirky and endearing showcase of the ways people feel validated and represented by influential media figures and characters.

A Queen. A legend. An icon. #greenscreen #jenniferaniston #mamasaidthatitwasok

@lizzo said that it was ok💗 #bodypositivity

Everything from women choosing jobs in male dominated fields, body confidence, style inspiration, choosing to be childfree, to reading a lot or drinking a lot of coffee is featured.

Multiple ones that address setting boundaries with family members credit Meghan Markle as the “Mama” said it was okay. Snooki is seen as an inspiration for those of us who have gotten a little to sloppily drunk, and both Harmione Granger and Emma Watson are celebrated for encouraging reading.

Angela Martin from The Office is here to let us know that it’s “quite alright” to prioritize your army of cats over everything else. 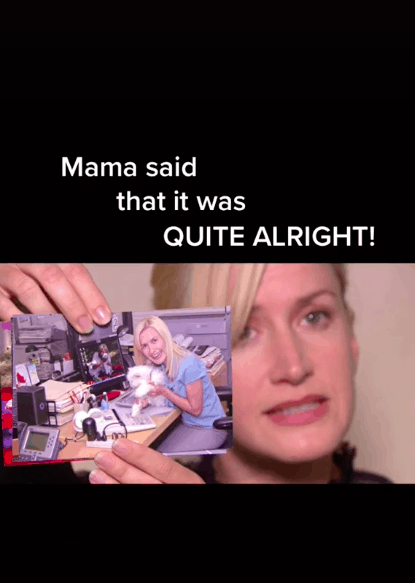 Gender rules don’t have to apply to the figure of “Mama” in the trend, with Adam Sandler being a popular choice for normalizing dressing comfortably in public. 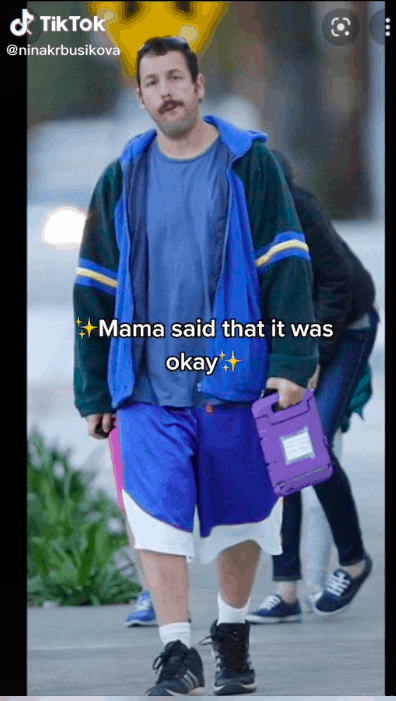 Like many TikTok trends, this one can be applied to pretty much anyone with any background, we all have heroes and people we personally relate to that make us feel understood.

Below is the original music video for the song “Mama Said,” which came out in 2015.